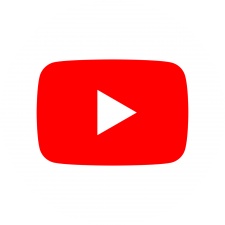 Video giant YouTube has announced a new selection of what it describes as ‘creative storytelling’ tools.

The tools allow advertisers to test ads, target specific audiences, offer different versions of the same ads to different audiences and tell stories across a series of ads.

Specifically, the Video Experiments tool is essentially a way for advertisers to test ads on the main YouTube site instead of focus testing outside of the platform. In doing so money can potentially be saved that may have been spent on a campaign that isn’t going to do the job.

Kellogg’s is apparently one of the early partners testing the Director Mix tool, which allows brands to swap elements of an ad in and out. An example given is an ad for Campbell’s Soup which joked about prison food on an ‘Orange is the New Black’ clip but instead about dinners for one on the video for Beyonce’s ‘Single Ladies’.

McDonalds has apparently created 77 different pieces of content for one ad using the service. Ubisoft and 20th Century Fox are also confirmed partners.

All of this will be accompanied by detailed reporting which will break down numbers by audience segmentation.

The service will launch in beta later this month.