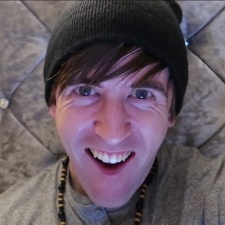 Chris Ingham of YouTube family The Inghams has issued a denial in response to accusations of inappropriate behaviour.

We The Unicorns reports that earlier this week a 16-year-old fan of the group issued a statement alleging that Ingham, aged 33, attempted to organise an illicit 2am meet-up with her while the pair were both staying at Disney World.

She claims that having posed for a picture with Chris he then started messaging her about the mental health struggles she had confessed to him. This evolved into encouraging her to sneak out of her family’s room and join him on late night walks. At one stage he is said to have proposed skinny dipping.

"He messaged me multiple times saying how I was so beautiful and pretty and asking me why I didn't have loads of boyfriends at home," she claims. "I felt unsafe on holiday... and it took over my 'once in a lifetime' holiday.”

Ingham has labelled the claims as “not true and… entirely without foundation”. The family has also withdrawn from an upcoming event.

Added the official statement: "We are all very hurt and deeply upset by these cynical attempts to damage Chris' reputation and will take whatever steps are necessary to preserve Chris' good name. We are taking action and can't comment further at this time.

"As a result of the stress these false reports have caused the whole Family, the decision has been taken not to appear at the upcoming Summer in the City event next month. This is not a decision that has been taken lightly and we want to apologise to our fans for this."

I’m so scared to tweet this but it’s time and it needs to be seen.
My experience with Chris ingham (from the ingham family) pic.twitter.com/CalInL8vCC