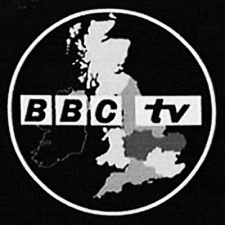 A pair of popular YouTubers have been hired by the BBC to front a string of new shows aimed at the young teen audience.

Big names include Ali-A, who boasts over 14m subscribers, and Mimi Missfit, who boasts 50k subs. Ali-A has already worked with the BBC plenty of times on shows including Ali-A’s Superchargers and Ali-A’s Honk a Song.

The move is designed to appeal to kids who have outgrown Cbeebies but are still not old enough for online channel BBC Three. The shows will be available online and are aimed at those aged 13 and over.

Here’s a list of the confirmed shows, as per Cnet:

• The A List: Drama set on an island that conceals dark secrets, exploring "friendship, romance, loyalty and betrayal".
• Teen Taxi: Reality-type show revealing the conversations between teenagers and parents in their family cars -- not to be confused with Channel 4's very similar Taxi of Mum and Dad.
• I'm Not Driving That: YouTuber Ali-A and various celebrities soup up cars driven by kids who've just passed their test. Think of it as Pimp My Ride with L-plates.
• Mimi Tells it Straight – Everything you need to know about Sex: YouTuber Mimi Missfit and a group of 15 year olds travelling to Holland to find out how Dutch teenagers learn the facts of life.
• Logan High: Improvised drama about Scottish high-schoolers.
• True Believers: Comedy drama about rival girl and boy bands, airing on CBBC with Pussycat Dolls and Masterchef star Kimberley Wyatt.

“You don’t see ordinary teens that much on the BBC or shows about those kind of coming-of-age, sensitive subjects, which are key at a really important time in children’s lives,” BBC Children head of content Cheryl Taylor said. “It’s important we remain relevant to all children.”

Good new for creators - Fortnite is finally getting a replay function

BBC blasted over removal of the Wings of Scotland YouTube channel