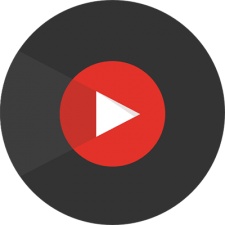 Google is making some changes to its music streaming service, YouTube music.

In a report by Engadget, it was explained that the interface of the streaming service is first on the list for an update in the first of many.

YouTube received complaints that navigating inside the app wasn’t easy, and users were having trouble organising their saved music.

Additional organisation features include the option to sort your saved albums into alphabetical order, which has been heavily requested ever since the service was introduced.

Alongside the UI updates, YouTube Music product manager Elias Roman explained to Engadget that users will have more options when it comes to streaming and downloading music within the next few weeks.

YouTube is adding the option to choose what quality you want to stream and download the music in to give users with less storage more freedom.

One highly requested feature is the ability to store music on an SD card or on a external hard drive, Roman said that this feature is now starting to be rolled out to subscribers.

With this update, it’s not all new additions as some features are set to be removed including the ‘shared history’ feature which syncs YouTube Music playlists with YouTube videos.

Following an artist on YouTube music also subscribes the users to the artists YouTube channel and at this moment in time, there’s no option to filter out music based subscriptions from normal content creators however this could be altered in the future with an addition of a drop down menu to filter subscriptions.