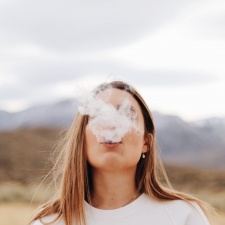 A number of leading tobacco companies have been criticised for paying a number of influencers to advertise their products in posts on various social networking services.

A petition was forwarded to the US Federal Trade Commision by over half a dozen public health and medical groups with the findings of various amounts of research. Young social media influencers that claimed to have had tobacco companies pay them to advertise cigarettes have been interviewed by Netnografica LLC.

Such campaigns are not only breaking the platforms’ rules that prevent paid advertising for tobacco products, but also have been observed in countries where advertising tobacco is outlawed.

Multiple tobacco giants like Philip Morris International, British American Tobacco, Imperial Brands and Japan Tobacco International have been documented to take part in these campaigns, with over a hundred cases documented.

The interviewed influencers revealed that they receive training on how to make the pictures they take seem natural, what posting times work best for maximum exposure, what hashtags to use and which brands to promote. According to an article in Marketing, such behaviour is against the four tobacco giants’ marketing standards as well.

“Tobacco companies proclaim that they don’t target kids, but this investigation shows they are doing the exact opposite - and doing so with a level of sophistication that threatens to addict a new generation and set back progress in reducing smoking around the world,” Myers said.