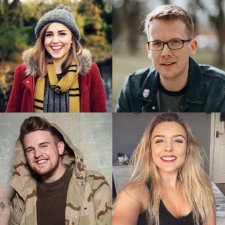 Vidcon has revealed the first load of creators that will be attending the first ever VidCon London event.

On February 14th-17th, Viacom will be bringing the popular video festival to the halls of London's ExCel centre.

The company has confirmed a handful of well-known creatorsto appear at the event, including vlogger Elle Mills, Vidcon co-creator Hank Green, and U.S based animators TheOdd1sOut.

The event will also have separate creator and industry tracks with a number of keynotes, panels and talks across the weekend.

The full list of creators from the first announcement is below. Tickets are available on VidCon London's site.