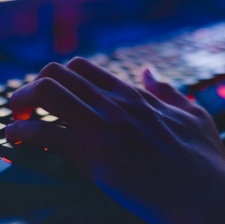 An employee from game studio Hi-Rez has been arrested following connections to a child sex ring over the Super Bowl weekend.

Thomas Cheung was charged with a felony using a computer device to seduce, lure, entice, and solicit a child. Cheung was arrested by the Georgia police and the FBI according to news reported by esports reporter Rod 'Slasher' Breslau.

The Georgia Bureau of Investigations sent out a press release stating: “the goal of ‘Operation Interception’ was to arrest persons who communicate with children on-line, have sexually explicit conversations, and then travel to meet them for the purpose of having sex. Additionally, the operation targeted those who are willing to exploit children by purchasing sex with a minor.”

The sting took several months to prepare, which led to Cheung being arrested in a parking garage. No other details about the arrest were released.

According to Georgia law, Cheung may be facing up to 20 years in prison and a hefty $25,000 fine. Thomas was not only a community specialist for Hi-Rez for games like SMITE and Paladins Strike, but also a big Twitch streamer and partner with over 34,000 followers.

“As a parent, it is difficult to imagine more disturbing allegations than those laid out in the news reports," Hi Rez CEO Stew Chisam said.

"We commend the efforts of the Georgia Bureau of Investigations and other law enforcement to protect our state’s children and to send a strong message that the behavior targeted in their Operation Interception will not be tolerated in Georgia.”

Cheung has been fired from Hi-Rez and his Twitch stream sponsor Steel Series announced over Twitter that they were dropping him.