YouTube deletes over 400 channels in light of child exploitation drama 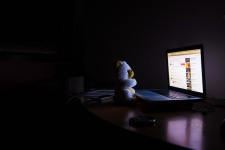 Google has terminated around 400 channels following claims that some YouTube channels are exploiting children.

YouTube's creator outreach team has responded to the contents of a video published by creator and YouTube personality Philip DeFranco. The statement said that “all of us at YouTube are working on the problem and we are continuing to grow our team in order to keep people safe".

Both advertisers and creators on the platform have been giving a huge response to the issue that has garnered a lot of attention. Companies such as Nestlé, Disney, and Epic Games have pulled ads from the platform, prompting the response from YouTube.

In a statement to The Verge, a YouTube spokesperson said: “[YouTube] took immediate action by deleting accounts and channels, reporting illegal activity to authorities, and disabling violative comments.

"Any content, including comments, that endangers minors is abhorrent and we have clear policies prohibiting this on YouTube. There’s more to be done, and we continue to work to improve and catch abuse more quickly.”

While a lot of the heat is being put on YouTube, some creators have come out in defense of the platform, including DeFranco.

“This is something that YouTube has been consistently fighting," DeFranco said in a recent video.

"Once they were made aware of the offending content, they handled the situation. Which, again, is why it’s important that instead of saying, ‘YouTube allows this and they’re happy about it’ because once again that is an insane argument, the best thing we can do is report disgusting monsters as we would anywhere else on the internet.”