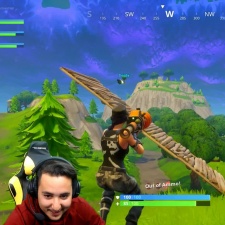 ESL_GO takes the top spot for a second week on the most-watched channels chart. Despite a 4.5 per cent decrease in views, the CS:GO focused Twitch channel racked up over 7.8 million views in the last week.

The Overwatch League channel remains in second place despite a 15.2 per cent drop in views. The channel seems to have dwindled slightly as season 2 of the OWL rolls on.

Shroud manages to stay in third place despite a 13.1 per cent drop in views. The battle royale favourite is still going strong with Apex Legends currently.

Ninja is back in the chart at sixth, and a return to Fortnite has seen the Twitch champion surge in the last week. A 129 per cent increase in hours watched saw him amass over 2.1 million hours last week.

Tfue is in seventh after a 50 per cent increase in hours watched. The fast-rising Fortnite player also racked up over 2 million views in the last week, which explains Fortnite's return to the top of this week's most-watched games chart.

Twitch channel ESL_CS2 is a new entry at number eight, after amassing over 1.9 million views. As the name suggests, the channel has a focus on competitive Starcraft II content. CS:GO focused Twitch channel CSRuHub falls to ninth after a 16 per cent drop in hours watched.