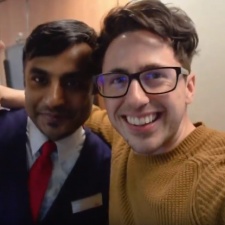 The agency got together with a number of different influencers to create content that focuses on stories to and from different destinations. The campaign focuses on the East Coast Main Line and includes places such as Edinburgh, Leeds, and York.

The campaign itself ties-in with LNER’s slick new look for the brand, which was rolled out back in September. Creative director of TMW Brian Brady, the agency working with LNER on the campaign, spoke on the campaign.

“LNER champions the people and places of the East Coast, and this campaign brings that spirit to life in a genuine, cockle-warming way," Brady said.

"Shot by a selection of micro-influencers from along the line, it gives a snapshot of their trips and shows that no matter where you go with LNER, you always have the journey home to look forward to.”

Yves Saint Laurent: How to sell a smell with influencer marketing