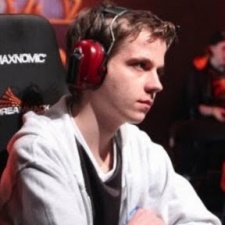 Riot Games' is still topping the most watched channels this week. The company's Twitch is currently hosting the League of Legends EU Masters, and has racked up over 4.1 million hours watched in the last week.

Twitch's summit1g moves into second place after a 16.2 per cent increase in views. That increase has knocked the OverwatchLeague Twitch channel down to third.

Twitch's Thijs takes seventh and is a new entry to the chart after a huge 111.2 per cent increase in hours watched. Thijs is a professional Hearthstone player and the release of a new expansion for the title has caused a surge in views for the game and the creators that play it frequently.

Another Hearthstone player enters the chart at ninth, nl_Kripp's hours watched rocketed by 63 per cent. Kripp is a Twitch streamer and a member of esports outfit Team SoloMid.

YouTube channel LoL eSports BR closes the chart for last week with a focus on League of Legends esports overage, similar to the leading channel belonging to Riot Games itself.