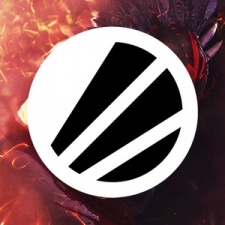 The official OverwatchLeague Twitch channel takes the top spot this week. A 6.95 per cent increase in views saw the OWL-focused channel rack up over 3.5 million hours watched last week.

Twitch star Ninja is in second place this week, the highest he's been on the chart for a while. A 39.1 per cent jump in views saw the Fortnite pro rack up over 2.8 million hours. He's closely followed by fellow Fortnite plater Tfue, who amassed over 2.7 million hours watched in the past week.

The only decrease in the chart this week belongs to Twitch's summit1g, who dropped 30.7 per cent of his views in the last week. The streamer has been focusing on Grand Theft Auto: V for a number of weeks, which is also slowly losing views across platforms.

ESL_CSGO on Twitch takes fifth after a massive 371.1 per cent rise in views last week. As the channel name suggests, the big views are coming in for the ESL Pro League games. Dota2RUHub follows on in sixth place, a new entry to the top 10 after amassing over 1.3 million hours watched in the last week.

YouTuber Nick Eh 30 is in seventh place after an impressive 81.5 per cent increase in views last week. Nick Eh 30 is the only YouTube channel to make it into the top 10 this time. It's very closely followed by Shroud on Twitch, who racked up 1.1 million hours last week.

ESL_DOTA2 is in ninth after a meteoric 784.7 per cent rise in views. The Twitch channel gathered over a million hours watched in a week covering the ESL Dota 2 One Major in Mumbai.

SolaryFortnite on Twitch closes the chart, amassing over 986k views in the last week. Solary is a French group of professional gamers and this channel is, well, its Fortnite arm.