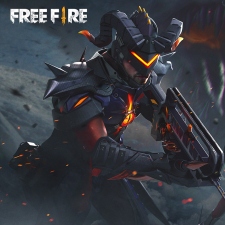 This chart covers the week commencing May 6th to May 12th.

It's yet another Fortnite-dominated week. The battle royale has safely regained its place on top and remains ahead by a significant margin.

League of Legends takes second place, with a 24.9 per cent increase in hours watched. This increase closes the gap between the MOBA and Fortnite, but it's still over three million hours behind.

Grand Theft Auto V remains in third place with an 8.1 per cent increase in views. Roleplaying in GTA: V is still going strong on Twitch and it's keeping those numbers high.

Dota 2 moves into fourth with a 19.7 per cent increase in views, up from seventh the week before. Qualifiers for the Dota 2 The International came to a close last week.

PUBG Mobile is up by one place to fifth after an 8.1 per cent increase in views. The other PLayerUnknown's Battlegrounds follows in sixth, but has dropped 6/6 per cent in views.

Overwatch takes seventh place, the highest its been on the chart for a while. It looks as though the Overwatch League is bringing more eyes back to the title.

Counter-Strike: Global Offensive falls four places to eighth. The title only dropped 3.9 per cent of its views, but the rise of other games last week has contributed to the fall. Hearthstone re-enters the chart in ninth after an 8.1 per cent increase in hours watched.

A new entry closes this week's chart in the form of Free Fire: Battlegounds, a f2p mobile battle royale shooter. The game is particularly popular on YouTube in Eastern areas, which could be contributing to its appearance in the top 10.