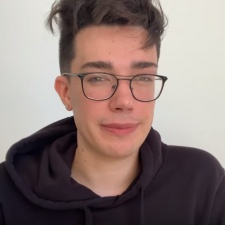 James Charles, a popular fashion YouTuber, is losing subs at a high speed following a feud with another influencer.

The controversy stemmed from a feud Charles had with Tati Westbrook, after the fashion influencer posted a video detailing some negative aspects of her relationship with Charles.

She accused James of being unsupportive and felt betrayed after James posted an ad over Instagram for Sugar Bear Hair Supplement, a competitor to Tati’s Halo Beauty brand.

Westbrook then shared a 43-minute video that discussed their problematic relationship, as well as accused James of spreading lies and trying to hook up with a straight waiter at a restaurant despite identifying as gay.

Charles' YouTube channel had more than 16.5 million subscribers prior to the accusations, but that number has dropped hard to below 13.5 subscribers as of writing, and it continues to take a dive.

In response to Westbrook's video, Charles made a response video to address the accusations.

"Most of my career over the past few years has been about me making mistakes and trying to learn and grow from them. I haven't always done the best job of that, I can admit that.

"But I have always tried.”

Twitch is broadcasting K-dramas throughout August