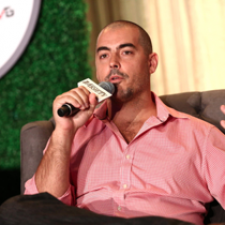 DiGiovanni is the fifth member of the board, and he currently oversees a number of ventures in the gaming and technology space, including serving as partner and co-founder of advisory firm Electronic Sports Group.

He joins the board alongside Stu Grubbs, CEO and Aaron Hassell, COO of Lightstream; Andy Jenks (Drive Capital), and Brett Maxwell (MK Capital).

With over 18 years of experience in the space, DiGiovanni brings a wealth of knowledge to the board. He co-founded Major League Gaming in 2002, which went on to become the world's biggest professional video game league.

“I have had the pleasure and honor of calling Sundance both a friend and a mentor for many years. He was a huge supporter from the very beginning and eventually became an angel investor in our first round,” said Stu Grubbs, CEO of Lightstream.

“His guidance has been immensely valuable over the years as he drew wisdom from his own decade long entrepreneurial journey with MLG. The board unanimously voted Sundance as the right choice for our independent board seat, and we are thrilled to have him involved in an official capacity.”

Regarding his appointment, DiGiovanni adds: “I am excited to be joining the incredible team at Lightstream as a Board member,"

“Since the beginning, I have been a big fan of the company and their mission to unlock streaming for people of all technical skill levels. Lightstream’s products are a powerful suite of tools and unique technologies that power new creative possibilities and unlock streaming as a potential career path.”