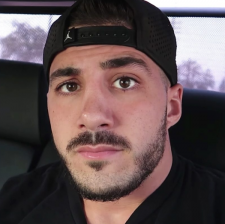 ESL_DOTA2 on Twitch takes the lead by a considerable margin for last week. The channel amassed over 3.7 million hours watched on account of covering the end of the ESL One Birmingham tournament.

DreamHackCS is a new entry in second place after racking up over 2.7 million hours watched in the last week. The Twitch channel has been covering the DreamHack Masters Dallas tournament.

Dota2RuHub is in fifth after a huge 379 per cent increase in views. This surge is also down to coverage of the ESL One tournament.

Twitch's Sodapoppin drops down two places to sixth after a 26.8 decrease in hours watched. Asmongold on Twitch also drops 16.5 per cent in hours watched. Both channels have been covering World of Warcraft over the last week.

Riot Games moves back into the chart in eighth after a sizeable 226.7 per cent increase in views. Riot's Twitch has been broadcasting coverage of the LCS Summer Split.

NICKMERCS on Twitch takes ninth place after a huge 280 per cent leap in views last week. Nick's Fortnite coverage saw him amass over 1.2 million views in the last seven days.

Shroud closes the chart for this week, racking up over 1.1 million hours watched with Battallion 1944 coverage.