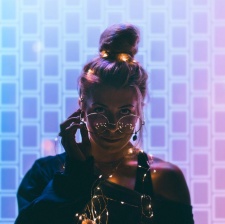 The Federal Trade Commission has released a new set of guidelines designed to assist digital influencers with their disclosure efforts.

The new brochure, titled 'Disclosure 101' explains the laws surrounding disclosure and sponsored content, alongside tips on how to display adverts,  sponsorships and brand deals clearly.

Last year, UK body Advertising Standards Authority (ASA) released similar documentation for influencers, which contained useful information on what classifies as an advert, as well as when and how to disclose a partnership.

Time and time again, influencers are caught out for shady, underhand and sometimes non-existent disclosure efforts, from PewDiePie's clash with Warner Bros. in 2016 all the way up to 2019's Love Island follower fraud escapades.

The FTC has made significant efforts to crack down on misconduct in digital spaces. In March 2019 the agency handed out a record-setting $5.7 million penalty to social video app TikTok after it illegally collected personal information pertaining to children. It broke that record just three months later after delivering an eye-watering $5bn fine to Facebook in the wake of the Cambridge Analytica scandal.

Disclosure 101 is an easily-digestible, simplified collection of important regulations, laid out in a format that influencers can understand easily. With friendly documentation like this readily available and the threat of hefty fines delivered to those who don't comply, there's hope for influencer marketing yet.

The brochure opens with an explanation of what is classified as a "material connection" to a brand. Not only does that cover a financial or business connection, but relationships too, such as a family or friend.

"As an influencer, it’s your responsibility to make these disclosures, to be familiar with the Endorsement Guides, and to comply with laws against deceptive ads. Don’t rely on others to do it for you," the brochure reads.

It covers when to disclose an ad, and heavily enforces that financial relationships are not just limited to a monetary transaction. It also tells influencers to not assume that their audience is already aware of a pre-existing disclosure.

There are also clear instructions on how to disclose a partnership. It includes making sure the disclosure is front and centre, not hidden away in any other text, and ensuring that viewers have time to see it.

If sponsored content is present in a live stream, a streamer playing a gifted game on Twitch for example, the disclosure must be repeated periodically so viewers that show up at different times will see it.

To conclude, the brochure states that influencers shouldn't discuss products or services that they haven't used, or make claims about the above that require proof. This covers the slew of beauty and health products peddled by influencers that claim to have positive effects, such as detox teas.

This separate instruction follows United States Senator Richard Blumenthal calling upon the FTC to investigate the promotion of 'detox' teas on social media.

In his letter to the FTC, Blumenthal accuses the companies behind these products of "false and misleading marketing practices".