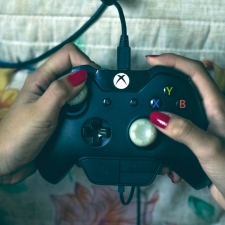 A new study has unveiled that 71 per cent of millennial gamers spend their time consuming games video content (GVC) online.

The age-range of a millennial is still under debate, but SuperData's report considers anyone aged between 22 and 38 a millennial.

On average, millennials spend around six hours a week watching GVC. The average session clocks in at 97 minutes.

“In fact, they are actually set to be the first generation of lifelong gamers. Brands and media companies needing to reach the highly-engaged Millennial audience should consider adding gaming to their media plans to be visible in the places where they spend a significant part of their leisure time and money.”

Gaming creators, particularly on YouTube and Twitch, usually stick to a streaming or upload schedule. This means that their content keeps to a regular time and fans will know when to expect it. While videos can be watched any time, a regular stream slot helps live broadcasters plan and promote their content.

This is a helpful strategy for viewers too. The report found that 54 per cent of millennial gamers enjoy GVC around full-time employment. 46 per cent also have children.

Millennials are also keen to financially support their favorite creators. On average, they're spending around $29 a month on donations and $25 on subscriptions, such as Twitch. Subs and donations make up almost 30 per cent of all GVC revenue, according to the report.

On top of this, 38 per cent of Twitch's viewers watch a creator to pick up strategies from top players. Streamers such as Ninja and Tfue both often engage in events and are widely considered specialists in the battle royale genre. 36 per cent of viewers simply enjoy the personalities of the creators they watch, regardless of their skill level.

The millennial demographic also spends the most money on games compared to other age groups.  They're spending around $112 a month on games, nearly twice as much as Gen X.

Smartphones are also partly responsible for bringing more millennial women into the gaming fold. 54 per cent of surveyed mobile gamers are women.

While gaming has become increasingly popular among all age groups, millennials are at the forefront of its development. Many are now deep into adulthood and have been playing video games for their entire lives, with two out of three playing games in the US each month.