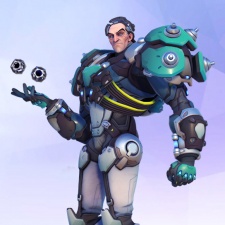 Fortnite is topping the chart again for another week, and a 53 per cent rise in views saw the leading battle royale rack up over 47.3 million hours watched last week. The surge was mostly caused by the first-ever Fortnite World Cup that took place last weekend.

League of Legends takes its usual spot in second, and a 3 per cent rise in views sees the MOBA soar past 20 million hours watched. Grand Theft Auto V moves back into third following a 12.1 per cent increase in views, caused by the release of its latest online casino update.

World of Warcraft keeps its place in sixth, seeing a minor 0.5 per cent decrease in views. WoW is followed by PlayerUnknown's Battlegrounds in seventh place, which saw a 14.3 per cent increase in hours watched last week.

Overwatch is the big mover this week, and a 116 per cent rise in views sees Blizzard's shooter amass over 9.7 million hours watched. The reveal of the game's 31st hero, Sigma, has brought players back to the title.

Dota 2 re-enters the chart in ninth place following a 16.6 per cent rise in views, which knocks Minecraft down to tenth place.