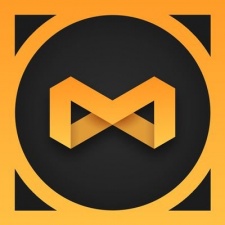 With millions of users, over 100,000 gaming clips are uploaded to the PC-focused platform daily.

“Gaming is an extremely fragmented market, with multiple operating systems and device types. Each has different technical constraints, yet users expect a consistent level of quality on all platforms. This has made launching simple social services to gamers difficult for the industry,” said Medal.tv CEO Pim de Witte.

“By adding Megacool’s mobile expertise and technology to Medal.tv, the largest clip sharing platform on PC, we’ll be able to work directly with game developers on both platforms to drive installs and re-engagement to their games through player-driven sharing behavior.

With this acquisition, we are unifying content sharing into a simplified layer for gamers and devs across PC and mobile.”

Megacool.co’s focus is on mobile games - allowing users to send clips or gifs of games through messenger services such as Discord, iMessage, WhatsApp and Facebook.

Acquiring Megacoohas allowed Medal.tv to expand from PC video-clipping to its users being able to do so on mobile devices. Over 50 live mobile game customers join Medal.tv through Megacool.co.

“We’ve worked with Medal.tv on several projects over the last few years,” said Aurora Klæboe Berg, CEO of Megacool.co. “The more we worked together, the more we saw how well the two companies and our offerings fit together. With this space heating up, it’s an exciting time to join Medal.tv and further bring PC and mobile game video sharing under one roof.”

Kayleigh is the Staff Writer for PocketGamer.biz. Besides PG and PCGI she has written as a guides writer, specialising in RPG's and horror.

Logitech splashes out $89m for Streamlabs