Live Life: A guide to the complicated world of non-games streaming 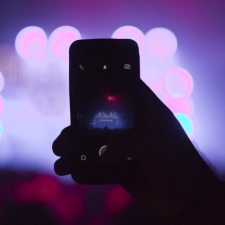 This article was originally published in March 2018.

Streaming has been a huge boom for video games, and the biggest stars are currently making over half a million dollars per month. But streaming doesn’t just begin and end with games consoles.

So we already had a look at the video games streaming scene?

But us non-gamers can get into the streaming party too, right?

Absolutely. There are already loads of streaming services available, and analysts reckon that the streaming market is on track to be worth $70.5bn by 2021. That’s a huge jump from the $30.29bn it was worth in 2016.

All the money’s in YouTube video though, isn’t it?

Well, there’s no online video segment growing as fast as live video. Toward the end of 2015, for instance, live stream ads grow by 113 per cent, which compares very favourably with long-form video (30 per cent) and short-form video (nine per cent). And 81 per cent of internet and mobile audiences watched more live video in 2016 than they did in 2015.

Blimey. So what are the big platforms for live video?

There are lots of specialist services but the big two, in name recognition terms, are Facebook and YouTube. Between them that’s a potential audience of billions of people.

So YouTube is the biggest player in live as well as pre-recorded video?

That depends on who you talk to. Some say YouTube is currently the largest live streaming service, but that Facebook is catching up, while some numbers even show it as having overtaken Google’s service.

I’m surprised – I don’t think of Facebook as a live video platform.

Most people don’t. But Facebook Live has grown significantly since its quiet rollout in 2015. Facebook splashed out $50m to encourage publishers and influencers to broadcast on its service. Stats also show that users watch Facebook Live video for three times as long as traditional video on the site and comment on live video ten times as much.

Hmm, it feels like I should have heard more about such a big service.

You probably have done but just don’t realise. Remember Chewbacca Mom? That was a Facebook Live video. In fact, it was a real breakout moment for the service, getting over 171m views. Of course, you might have heard of it for other reasons, such as all the live killing.

I want to talk about something else now. How about YouTube Live?

YouTube Live is big with lots of groups. As well as video games and influencers, it’s also a popular choice for events and news broadcasts.

Nope, it’s all integrated together. Live video is accessed from the same apps and in the same format, and can be searched for using the regular search bar. Live video also appears in Trending and Recommended lists, and once the broadcast is complete the video remains available like any other. YouTube Gaming used to be sectioned off into its own little corner but just this week Google announced that they’re fully merging the two.

What other options do I have?

Instagram is another recognisable name in the scene. It works much the same as the other services. One drawback used to be that live streams were gone forever once the broadcast was over, but now users can save them.

So if I were to go for one of those three, which should I choose?

It’s hard to say. YouTube has the biggest audience and is the easiest to monetise, but Facebook is growing. Instagram isn’t available on desktop, if that matters to you. It can’t be embedded anywhere outside the app, either.

Anyone else I should take a look at?

Live.ly and Live.me are popular services.

Right? But they are completely different things. Live.ly is owned by the folks behind Musical.ly (which is big with the kids) whereas Live.me is owned by Chinese firm Cheetah Mobile. We were amused to discover recently that if you put ‘live.me’ into the search bar in Chrome it takes you to Twitch!

So is one better than the other?

Both services are actually very similar. Live.ly has the popular Music.ly to draw on, of course. There aren’t that many hard stats available for Live.me, although it got a big cash injection last year and wants to expand to new regions.

Hang on, doesn’t Twitter have a live video thing? Perineum?

It’s Periscope. Twitter acquired Periscope in March 2015 and for a while it was doing very well. It was even named as App of the Year by Apple that year, too. But nowadays most of the big names who drove its initial success have left for pastures new. Indeed, Twitter didn’t even mention the service once in its 2017 earnings call. It also found itself embroiled in a paedophile scandal.

Ah. That’s absolutely awful. Has that put brands off Live video then?

No, as it’s not as if non-live video is free of awfulness.

In fact, lots of big brands have enjoyed tremendous success with Live video. Mashable once did a cooking show on Periscope, and the excellent charity Make-a-Wish used live video to raise €10k. Other brands to utilise Live video include Cosmopolitan and Nestle.

So how does a live video platform sell itself to brands over a regular video service?

The argument goes that audiences of live streams are far more likely to have sought out and willingly engaged with the content – they’ve ‘opted-in’, to use the business phrase. Being live also means there is a lot more scope for social interaction, and you know how brand managers love all that stuff.

Anything I should be wary of?

Possibly. The vast bulk of data and enthusiasm for live video is a little dated. You can find all the stats in the world tracking strong growth through 2015 and 2016, but things get a little quiet when you move into 2017 and 2018.

Some voices are still evangelising the sector, but certainly the noise and excitement has dulled a little. This could, of course, be linked to the fact that live video streaming is still a bit of a mish-mash – it can be a bit confusing distinguishing between the likes of Live.ly, Netflix, Twitch and even Spotify, for instance. They are all ‘streaming’ platforms but absolutely nothing like one another.

Has the bubble burst then?

No, that would be premature. There are still plenty of folk predicting that live video will be one of 2018’s largest growth areas, and certainly the shift in power from words to video is not a trend that is abating.

Top 10 streamed games of the week: Fortnite is finally knocked off the top spot

Viral Visionaries: how do marketers calculate the ROI of a livestream?