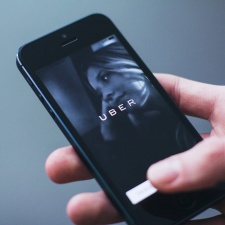 A driver employed by both Uber and Lyft has been fired for livestreaming his jobs online.

Jason Gargac, from Missouri, has been suspended from driving for the two companies after it was discovered that he was live streaming his passengers to Twitch without their permission.

Under the channel name of JustSmurf, passengers were captured by a front facing camera that was positioned on the drivers’ windshield.

The Twitch channel in question is no longer available for viewing, however Twitch stated that it was unsure as to why the channel was no longer active.

Gargac’s actions are not illegal in Missouri, as the state allows for recordings to take place under a one party consent law. If you are present in the conversation, as the driver was, it’s legal to record and live stream.

In some situations, Gargac exposed his passengers full names and the neighbourhoods they lived in, even at times full addresses were said during live streams.

The driver tweeted stating that he had taken down videos from his Twitch to help “calm everyone down.”

An Uber spokeswomen told CNET: "the troubling behaviour in the videos is not in line with our community guidelines. We have ended our partnership with this driver."