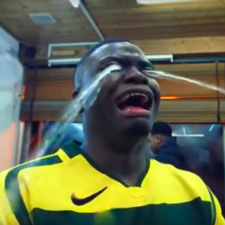 Cannes Lions Festival 2018 was proof that influencer marketing is not just a passing fad, but a robust, reliable and powerful marketing tool.

With influencers generating up to 11 times the return-on-investment of traditional advertising, this ‘trend’ is here to stay.

But of the mammoth percentage of marketers using influencers to promote brands, how many are getting it bang on? Cannes Lions showcases the crème de la crème - and it was Nike that truly set the bar this year...

Champagne all round for Wieden+Kennedy London at Cannes Lions 2018. The advertising agency’s ‘Nothing Beats a Londoner’ campaign for sports brand Nike won the Grand Prix, Titanium, Gold Lion and two Silvers in the Social and Influencer category and was shortlisted in another two.

The campaign was also worked on by WPP media agency Mindshare. Shot on the streets of London, it brings in a solid set of influencers: grime artist Skepta, Olympic legend Mo Farah, England captain Harry Kane and sprinter Dina Asher-Smith.

It’s no secret that young Londoners struggle to succeed in the capital at times. Nike wanted to put this demographic at the forefront of its campaign, intersecting tales of inspiring hardship with a supporting cast of influencers made up of sporting heroes and cultural icons.

The purpose was to raise up the youth of London and make them feel like they were as heroic and resilient as the influencers they idolise. Real stories, real kids, real language - something that takes on a true problem and creates value.

The campaign kicked off just as half-term began, with Skepta posting the opening scene on his Instagram, complaining about having to cycle somewhere. He was blasted by a regular kid called Chris for being lazy and a battle ensued.

Across London, one kid at a time attempted to go one-down (rather than one-up) on each other, sharing films of their hardship. A full film was created from these social posts and launched onto YouTube, reaching the top trending charts.

“These kids’ entire world revolves around their phone, so that’s where we needed to be,” Wieden+Kennedy said in its entry for Cannes Lions.

“We launched this 3 minute London epic through the youth, to the youth, on Instagram.” Next, the brand launched a custom made ‘swipe up’ story on Instagram as well as bespoke GIFs in Giphy and Snapchat stickers designed to encourage kids to sign up for free sporting events across the city for an action-filled school holiday.

Authenticity is the currency of the influencer world - and sports brands really have the edge when it comes to working with grime artists (see this list of solid grime influencer campaigns for more grimspiration).

By tailoring its social media strategy to the lifestyles of 16 to 24-year-old Londoners, Nike succeeded in meeting consumers on their terms and getting them to feel a connection with the brand. Young Londoners don’t feel a connection with celebrity advertising, but through clever research by Mindshare and an incredible execution across social, Nike’s brand affinity, awareness and mentions soared.

It’s clear from the deluge of awards won at Cannes Lions that the response to this campaign was nothing short of epic. The London-championing project was a world first - blending social media and film and then branching out into user-generated content organically. This is the stuff of marketing dreams:

Influencer reviews. Countless YouTubers reviewed the ad on their channels. Here’s influencer Abi Rosa’s reaction, which went out to her 45k subscribers and gained almost 7,000 views.

Real life influence. Here’s the biggie: real kids in London began to use language from the film on the streets and Nike created over 10,000 opportunities for kids to play sport. Another inspiring story includes a 15-year-old from Grenfell Tower discovering they had an astonishing natural talent for rowing.