Tagger Media CEO: "With a built-in, devoted audience, influencers have become a key asset for the entertainment industry" 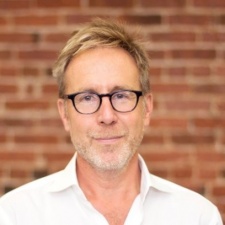 Influencer marketing is evolving so rapidly, but there still isn't a set way to do things and every plan, project and promotion is different.

However, as more companies enter the space and more influencers pop up, every party has to adhere to some base rules. This is especially important as online influencers seep through in to mainstream media.

Tagger Media is an influencer marketing platform provding a number of services to brands and agencies, and it's expanding rapidly. The company recently brought a UK-based managing director on board to oversee operations in Europe.

InfluencerUpdate.biz: What is Tagger Media, and what services do you offer?
Dave Dickman: Tagger Media is an enterprise influencer marketing platform that allows brands, agencies and media companies to maximize their influencer campaigns. Created as a SAAS-solution, Tagger is intelligently social. The platform was built with enhanced data to hone social listening and broaden influencer discovery and offers a complete solution for efficient content marketing management and measurement.

What excites you about the influencer marketing space?
I love the intersection of tech and content being presented in such an authentic way. It’s also exciting to see the space evolve and see greater investments in the space as more brands leverage Influencers and their vast audiences.

What do you think are the hottest trends in the influencer space right now?
We’re certainly seeing an increase in Instagram influencer campaigns with additional storytelling coming to life on Instagram Stories. Instagram Stories are a valuable feature to show a more intimate and authentic “behind-the-scenes” look at a brand – they often feel more personal than static posts and can lead to a ton of fan engagement.

Instagram Highlights have also been a great new tool for influencers, allowing them to save their Stories after the 24-hour expiration period. Highlights are already beloved by influencers and brands alike, as they provide a more curated, creative way to showcase the content that users see first.

What are your big do’s and don’ts of influencer marketing?

How do you think the entertainment industry has changed with the rise of influencers?
Influencers have opened more doors for entertainment companies to reach their target audiences in a meaningful way. In an industry where celebrities typically reign supreme, social media influencers are now growing in popularity due to the wide-reaching audiences they’ve cultivated.

Media companies are now casting influencers in TV shows, films, reality shows, and morning shows to help increase viewership, particularly with younger generations. For example, Issa Rae began as YouTube influencer for her work on Awkward Black Girl. She subsequently secured a deal with HBO to create, co-write and star in the television series Insecure.

Additionally, the CBS reality show The Amazing Race casted a number of influencers for its 28th season, including YouTubers, Instagrammers and former Vine stars.

Not only are influencers being cast in movies and shows, but they also promote their favorite movies or TV show recommendations on their social channels, which helps spread the word about the latest content from the entertainment industry.

Producers and media companies can engage the millennial generation through an authentic voice they trust – with a built-in, devoted audience, influencers have become a key asset for the entertainment industry as it aims to promote their content to a wider, younger audience.

What does Tagger have planned for the next year or so?
In addition to partnering with new brands and agencies in the U.S, Tagger will focus on expanding into the U.K and European markets over the next year.

We recently announced the appointment of Hannah Brookman as Managing Director for EMEA - with Hannah at the helm in London, we’ll be able to forge partnerships with European companies to support their growth in social influencer marketing.

With the global surge in influencer marketing investments, it’s a perfect time to focus on growing our European market – in fact, we recently added 600,000 influencers outside of the U.S to the Tagger platform.