Player.me: "we want to turn every player into a content creator" 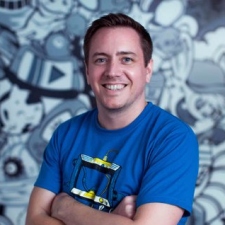 As the world of content creation flourishes, gaming companies must do what they can to evolve.

Evolve, established in 2010, is an online platform designed to bring gaming communities together. Users can track their game time, earn rewards for playing and meet other players that share their interests.

As of December 2018, the PC platform Evolve will be no more. Its userbase of 4.5 million players will be invited to join Player.me as part of a merger between the two companies.

Player.me is a sister platform to XSplit - the company providing top tier streaming tools to countless broadcasters. The company hopes to continue Evolve's work providing a community space for game enthusiasts to thrive, but it also seeks to give players the tools to create and share content easily.

We chatted to Player.me CCO Sean Fee ahead of its merger with Evolve, to discuss how the partnership will affect both platforms.

InfluencerUpdate.biz: What spurred the merger between Evolve and Player.me?
Sean Fee: The two companies have known about each other for a number of years and we were both on similar paths. Player.me started off as a social platform for connecting the gaming community and Evolve were doing something similar but they had more of a focus on game tracking, sharing stats and creating LAN parties.

We were watching each other from the sidelines for a long time and then the opportunity arose for us to partner and merge our visions in to one. That way we could service as much of the gaming community as we can without directly competing against each other.

Evolve has an existing user base of about 4.5 users. How will absorbing that userbase benefit Player.me?
Obviously its a fairly significant number and its increasing every month. Player.me has pivoted its view a little, and our ethos now is that we want to make every player a content creator as well. The vision of that is to give people the tools to create content while they're playing and make the process as easy as possible.

The addition of Evolve allows us to put those tools in the hands of an additional 4.5 million players and give them what they need to become content creators. They'll be able to create YouTube videos, or do livestreams, or simply just create clips and highlights to share with their community.

Does the platform still hold value for players that don't want to become content creators?
Absolutely. What we're trying to establish is that content isn't just stuff that's hard to create - like long form edited videos and streams. It also includes memes, reviews of games and short clips.

Everybody that interacts on the Player.me platform is creating content in some form and we're just giving the tools to make that easier. It's up to the player whether they want to share it among friends or a small community, or try to become the next Ninja.

Everybody that interacts on the Player.me platform is creating content in some form, and we're just giving the tools to make that easier.

What is the difference between XSplit and Player.me?
XSplit is our premium software in the livestream space. It's really feature-rich and it can probably serve 100 per cent of the market, but the reality is that 80 per cent of that market probably doesn't need that depth of functionality and that's where Player.me comes in.

A lot of smaller streamers that are just getting started will need an easier tool with the basic functions to make their content look good. Player.me is the more accessible platform, whereas XSplit is the really intricate premium software.

What are the incentives for players to make the transition over to Player.me?
We're making sure that their data is retained in terms of game tracking and what not, so it doesn't feel like players are starting from scratch. We're also bringing across friends lists and badges they've earned.

Though ultimately, the reality of the situation is Evolve will be shutting down in the next three months and so there will be a hard push to move people over to Player.me.

Is Evolve shutting down completely?
So the idea is the guys behind Evolve labs (the platform's parent company) are going to spin out a service that handles the VPN side of their business, where people can connect and join games. They'll also be helping Player.me out with the social and game tracking functions.

Player.me is super excited because we've been watching them for a while and we're happy to be taking on their user base. We hope we can provide the tools that users need to keep on playing together and creating content together.