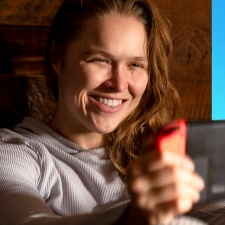 UFC and WWE star Ronda Rousey has announced a partnership with Facebook Gaming.

The fighter, best known for her appearances in UFC and WWE, will make her streaming debut on February 18th. All of the proceeds from her debut will be donated to Australian bushfire recovery efforts.

“Gaming has always been a huge part of my life, and I can’t wait to share that passion with my millions of fans on Facebook Gaming. Through my streams, people can hang out with the real me, not the ‘character’ version of myself they’re used to seeing, though the ‘Rowdy One’ can’t always be contained," Rousey said in a statement.

"In recent years, games have been a great way for me to keep my mind active when my body is too sore or tired to move. One of my favorite gaming memories happened when I was 11 years old, and encountered an Articuno on Pokemon Blue for the first time. I was awestruck and thought she looked like an angel.

"Looking back at that same image now, I’m amazed how powerful our imaginations can be and how gaming encourages us to imagine what our reality could be instead of just accepting it for what it is - a skill that has helped me in my fighting and entertainment careers countless times.”

New kid on the block

Rousey is the latest in a series of high profile acquisitions for Facebook Gaming. The platform recently snapped up Instagram star Korinna Copf as well as Spanish gaming creators NexxuzHD & Lolito FDEZ.

Facebook Gaming saw massive growth in the streaming market throughout 2019. The platform saw a 210 per cent rise in hours watched between 2018 and 2019 - moving up from 32.9 million hours to over 102 million.

Game streaming is one of the most authentic mediums,& the time is right for me to jump into the stream exclusively on FacebookGaming. My first stream is on Feb18th at 3pmPST–100% of proceeds from the first stream go to Australian bushfire recovery effortshttps://t.co/O9QlM8KkaK pic.twitter.com/pAHMWvhEkU