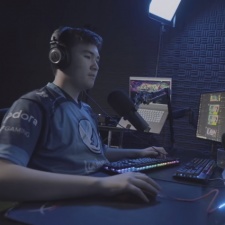 The 18-year-old Australian has taken the Fortnite scene bt storm in the last year, his most recent triumph being a win at the Australian Open Pro-Ams. Prior to joining Lumosity, Campbell was a part of esports company Renegades.

The creator has amassed over 1.7 million followers on Twitch and over 2.9 million YouTube subscribers since he started in 2012. He joins Luminosity's ranks alongside Fortnite pros Michael 'Hogman' Hogman and Dina 'Khuna' Smriko

“Today is a very special day,” Campbell said. “It’s crazy to think that just under two years ago I was living in government housing, barely eating twice a day, and going to local LANs with a horrible laptop just to slowly win the gear I needed to play better.”