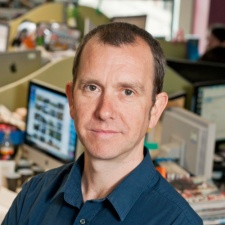 As part of this year's Influencer Marketing Show, Fourth Floor Creative CEO Rich Keith took to the stage to discuss the best ways to approach and work with online creators.

The talk, titled 'The Creative Multiplier' delved into the components needed to create successful campaigns without compromising the brand or the creator.

"The word influencer is troublesome in many ways, because influence is the output of what creators do," Keith explains.

"We're in danger of making influencer synonymous with celebrity, which we don't want. That association creates a meaningless circle all about attention.

"When you think about influencers as creators. its much easier to build creative campaigns."
The multiplier

Keith went on to discuss a triangle used at Fourth Floor comprised of three sides - creators, brands, and audience. The three sides need to work together harmoniously to achieve success, which can be difficult as both the creator and the brand desire a certain amount of input.

"Both brand and creator want as much creative control," Keith says.

"But there needs to be an inbetween where the creator is driving the big idea, an idea that can live across both sides."

Researching the right creators for the job is an obvious but overlooked part of putting together a campaign. Without that insight, brands might miss core information about the creator, such as hpw they handle endorsements, how their audience reacts to them, and committed they are to the sponsorship.

"An influencer's living depends on relating to their audience and understanding what they like," Keith adds, regarding research.

"It really isn't all milk and honey trying to make a living making videos."

During the panel, Keith detailed a handful of campaigns that Fourth Floor has recently run with a number of clients.

One example was a campaign with game developer Klei. Fourth Floor partnered creators with Klei to drive new players towards their 2017 title Oxygen Not Included. The campaign generated 1.73 million views in its first two weeks.

The campaign saw the two channels pitted against each other in a baking contest, filmed in the same location used for The Great British Bake Off. It generated over 1.9 million views within 28 days of release, and over 156,000 YouTube engagements.

To conclude, Keith summarised the key ways to drum up big ideas that will resonate with both creators and brands.

"Everyone needs to work together to make content that the creator knows their audience will love," Keith states.

"Don't think about influencers, but talk to creators to drum up the right ideas.

"When we stop talking to influencers and start taking to creators, the creativity really kicks in, and that's how big ideas are made."