YouTuber Peter Hollens on Creator Academy: "I want to help as many people as possible do what they love for a living" 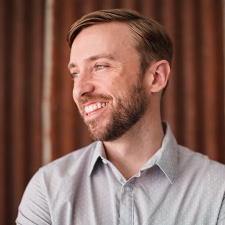 Earlier this month, vlogger Jake Paul launched his own Edfluence service to teach fledgling online-video creators how to succeed in their field. Now he's been joined by YouTube musician Peter Hollens.

Peter Hollens is an American entrepreneur, pop singer and producer best known for his work on YouTube as an acappella cover artist. He's amassed over 1.8 Million subscribers, and his videos have reached almost 300 million views since 2011.

Hollens has launched his own platform, the Hollens Creator Academy, which will offer a suite of courses addressing various aspects of building an online-video career.

According to Tubefilter, the academy will cost $129 to join, providing its students with access to the courses, starting with a 'How To Make A Living Online' course that includes 77 lessons spread over 11 modules.

It is suggested that more than 1,000 people have already signed up, which suggests at least $129k of revenues for the Academy even at this early stage of its rollout.

We spoke with Peter Hollens about his new venture, found out what he wanted to achieve with the Creator Academy, and sought to uncover what is behind the lofty $129 price tag.

Influencerupdate.biz: What do you plan to offer creators that they can't just find on the internet without paying anything?
Peter Hollens: Although its true that some of the information discussed in the Hollens Creator Academy (HCA) can be found elsewhere online, searching through the internet won't give students the same learning experience as they do when I directly teach it to them.

As a teacher, I hold my students accountable and push them to succeed. I don't just give them the information and ask them to find their way from there. I do my best to answer their questions according to their unique situations and I motivate them to actually take action.

In addition, in school the teachers that motivated me to succeed were the ones that cared, that were the most passionate. I took this and ran with it, it is the driving force behind why I made this and have been building and working on it conceptually for years now.

I am more passionate about teaching than I am anything else.

Do you think there's a lucrative market for this kind of paid, structured guidance in this climate?
HCA also offers an extensive amount of information from industry professionals that you cannot find anywhere else.

Through insight from myself and exclusive interviews with leaders in the digital space, Creator Academy students have an exciting opportunity to learn about various aspects of being a creator. The market for online education tailored to artists and creators has the potential to make an incredible impact.

The education industry as a whole has fallen behind in the past decade by not adjusting to the digital age that we now live in.

As millennials graduate college more and more of them are finding themselves with a desire to live their passions and become entrepreneurs. A recent study even showed that the #1 dream job among today's youth is becoming a YouTuber.

So people are interested in this field, and they want to learn how to sustain a career online. However, modern education systems and universities rarely offer the opportunity to do so; And if they do, it costs students tens of thousands if not hundreds of thousands of dollars.

I myself spent that money, and had to work on loans for years and years to pay them off. It's not worth it. If you want to be an artist or a creator 'investing' in what we're creating is a no brainer, especially since you can get your money back at anytime.

YouTubers that are not in the preferred partners tier are already struggling with retaining ad revenue. Is it fair to put the 'rules of success' behind a paywall when it's already getting difficult?
The Hollens Creator Academy lies behind a pay wall only because it is necessary. In order for me to have the ability to put together content for my students and for me to continue developing new courses, there has to be some sort of revenue stream.

I have a team to pay and that is unavoidable. That being said, everything at HCA is curated with creators in mind. FOR creators BY creators. I advise many companies, Patreon being my favorite, and I am building this w/ the ethos and heart that Jack Conte built his company.

I'm doing this for the right reasons. I'm not building only a buy my courses extra revenue source for me as a creator, what im going to build is going to be an education company, and it is going to be innovative and unique, and personal.

I wanted to build this company as a non-profit, but was told time and time again that to succeed now sadly you just have to build a 'for profit' company, so I'm learning as I go. Learning a LOT because I'm a creator first.

How do you think planned guidance from those like yourself and Jake Paul (both living proof of online success) will help upcoming creators?
I am putting together the most valuable information they need to know, and am offering it to them at a price that is much lower than the industry standard. I'm not doing this to make money - if I was, the cost would be a lot higher.

My reason for living, my sole purpose in life isn't to make money. It's to make a difference and change the world. If you knew me you would know that I speak the truth and my character and passion for this is real.

We just started getting video submissions in with students telling us what they think of it so far. Our main priority is to educate and inspire. There has also been research that shows people who pay for a product rather than getting it for free become extremely more invested in it.

Subsequently, our pricing model encourages students to take what they learn and use it to the best of their ability. We also have manageable payment plans to accommodate budget needs along with again 100% moneyback guarentee, because again this is for creators, not for my pocketbook.

Helping other creators has become one of my greatest passions. I see no better reason to wake up and go to work every morning than to help other people, and this is my way of doing that.

I have lived and breathed in the online space for the past decade, and I wish something like HCA existed when I first started. It would have saved me a ton of time, energy, and money.

It would have saved me from my biggest mistake of my life (signing a record deal) I want to help as many people as possible do what they love for a living, no matter where they are at in the game. HCA is for beginners and veterans alike. I truly believe that giving people these tools will help change the world!