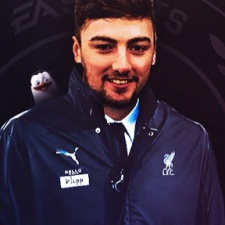 Rob McKeown, also known as Homelespenguin on YouTube and Twitch, is a creator that specialises in FIFA content. He's been moving with various interations of FIFA since 2014, and has grown quite the community doing so.

McKeown's energy and commitment to the title has earned him a tidy 260k subscribers on YouTube with consistent engagement rates.

Focusing on one game can seem tough, but McKeown has made it work for him. He spoke to us about his career as a FIFA creator and what being an influencer means to him.

InfluencerUpdate.biz: First off, talk us through your YouTube channel. Elevator pitch! What do you do, how long have you been doing it?
Rob: I am a FIFA 18 YouTuber even though i've been doing more iterations than that. I started off around Fifa 15 so been doing it for a good few years. I've amassed around 260k subscribers on YouTube and around 38,000 on Twitch, but I haven't streamed regularly on Twitch for a couple of years now.

Did you face any struggles setting up your channel?
Yeah, definitely. I think one thing people underestimate about YouTube is how difficult it is. You can't just decide to start doing it and expect results. It takes a lot of effort and a lot of hard work.

I started my channel during my time at university and that required less time than a full time job, and I was still finding it hard to maintain a YouTube channel during the time I was studying. A piece of advice I'd give to peope starting YouTube have to have the love for it, the time for it, and the motivation to do it.

It's not easy. It really isn't.

How do you structure your work days? Do you find working from home a blessing or a curse?
The main thing for YouTubers is that you only get out what you put in. So the more structure that you have and the better you adhere to a work schedule, the better your channel will do and the more content you'll be able to put out.

Personally I just ensure that when I wake up, I make sure I get the video created for the next day. Even though it is a very flexible work schedule, as long as I keep on track everything is fine. Though it can be seen as a curse because you start getting in to the 'YouTuber sleep schedule' where yoou end up making videos until 5am and getting up at 2pm.

You definitely have to be self regulated and make sure that you get the work done.

Who is your target audience, and how do you think that affects your work? Does it make you fearful to express yourself in other ways and styles?
This can go one of two ways. Personally I dont curse in my videos or anything because I wouldn't do that in general while I'm playing games.

I've always structured my channel around being myself and if people enjoy that then they'll subscribe. Even though I do understand that kids watch, I don't think I do anything that isn't kid friendly anyway.

I think that keeps my channel genuine, where there are some channels that are seriously tailored to a younger audience and you can just tell they're not having fun doing it.

What do you think it means to be an influencer? Do you think you have a certain responsibility to inspire and stand up for the right things, even if you don’t want to?
100 per cent. Our reach is so vast over YouTube that we really need to. To some of these kids, we are what they aspire to be. So we essentially have to be role models for them.

Standing up for the right things is pretty tricky though. Everyone has their own opinion on what's right or wrong on the internet, so realistically you have to stay neutral in certain aspects. But it is important to become role models for these kids because the amount of people that are trying to get involved in YouTube is so vast.

How do you think the YouTube/Influencer is scene is performing currently? How do you think you’d fare if you started a new channel right now?
Its incredibly tricky now because YouTube is so oversaturated. One thing that I would say is that if I tried to break in to the YouTube scene now doing what I do, it'd be impossible to get recognised. It's so oversatured that even games like FIFA 18 have an established creator community, and you see maybe one new person rise up and join the community every year or so. That compared to the hundreds, maybe thousands of channels that are created is nothing.

I'd still give it a good shot because I enjoy making videos, but if I started now I'd have to balance working a full time job and making content as well, which I mentioned is difficult. I feel very lucky that I was able to get in to the FIFA scene at the time i did and I've enjoyed every minute of it since.

I think there's a bit more understanding of YouTube now too. When I was 16, if I'd have said to my parents I don't want to go to college, I want to give YouTube a shot for a year and see if I can make it, it might have seemed crazy. Nowadays YouTube is so popular among kids and the media is reporting that YouTube can be a career.

Still, I think it's odd how parents are quite happy to let their kids take gap years and go travelling and such, but that same generation don't fully understand that YouTube is a possibibility now.

What are your personal highlights of your career so far?
I actually live down in London now with some friends, and I'm grateful that YouTube has let me do that for the past two years. As crazy as it sounds, even just meeting fans in the street is so rewarding. Obviously I had no idea I was going to get anywhere just making FIFA videos so to have people approaching me and just saying how much they like your videos and such, I think that's the most rewarding thing.

What advice would you give to people looking to start a channel?
Create quality videos to a schedule. So you'll need to get a good quality microphone, good quality editing software, webcam etc. You need to learn how to edit which is an important thing part of it all. I'm completely self taught just by watching YouTube videos.

Obviously you can just ignore all that if you can't get good quality stuff straight away That's what I did and the quality of my content slowly improved over the years.

But if you actively want to get involved and noticed in the YouTube scene, the standard is a lot higher than it was a few years back. If you enjoy doing it regardless, don't take note of what I just said and create content anyway.

If you love doing it, don't let anyone stop you. However, as I said, if you really want to make it work then you almost have to treat it like a job whilst making sure you're having fun while you do it. If you don't have fun, it does reflect in your videos.