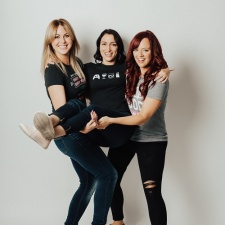 Having a community of like-minded people to reach out to, interact with and share experiences that you all enjoy was something that for many years was difficult to find.

Wherever you are in the world, there’s a chance that people in the same area won’t share the same common interests. Sports were/still are seen as an easy go-to for interacting with like-minded people yet communities based around board games, comic books or anything in nerd culture was hidden. But thanks to the power of the internet and social media, connecting with others is easier than ever.

More and more these get-togethers are popping up around the UK. Specific games like DOTA, World of Warcraft and Smash Bros. have always garnered a following.

And there are plenty more nerd-culture related nights being organised, as well as influencers bringing their own fans for meet-and-greets. The Rooster Teeth Expo arrived in London last year which brought about numerous different legions of fans that shared in the love of creators and influencers.

The idea of meeting with a bunch of strangers who share one particular hobby or interest from the web can still be a scary notion for some. However the content creators of video game podcast What’s Good Games has been trying to harbour a positive community that welcomes anyone and everyone.

What’s Good Games was founded in May 2017 by four games veterans: Andrea Rene, Brittney Brombacher, Kristine Steimer and Alexa Ray Corriea (the latter has since left the group after one year to pursue a career at Nintendo of America).

30 plus years of expertise

The current trio of hosts possess over 30 years of expertise in the games industry and have been creating weekly podcasts, backed by the help of over 1,400 Patreons that find their content worth paying for.

In the group’s first visit to the UK in May, alongside attending the Spice Girls reunion tour, WGG organised a ‘meet-and-greet’ for British fans. Located in the downstairs of quaint little pub near Westminster, nearly 60 gamers flooded the bar, mixing men and women alike from across the country fostering the same positive philosophy that the YouTubers had hoped to provide.

“We pride ourselves on our positive community because we are very strict about cracking down on people who are clearly there to troll or there to stir the pot or just there to plain be a jerk,” What’s Good Games director of operations and executive producer Andrea Rene tells InfluencerUpdate.Biz.

“We always want people to feel like they have a safe space to talk about the games that they love or the things around geeky gaming culture. However, we don’t want people to feel they can’t say something divisive without getting attacked, so our policy has always been you’re allowed to disagree but you cannot be an a******e. You can swear but you can’t swear at people.”

We always want people to feel like they have a safe space to talk about the games that they love or the things around geeky gaming culture.

What’s Good Games host Kristine Steimer adds: “I think in a lot of ways that turns people off or stagnates growth because if you go into a new place and you see people being a bunch of a*******s, you’re probably going to be like ‘maybe not’.”

The event was an opportunity grab a photo with the three influencers as well as have a general discussion about anything from the world of games, though topics diverged and became general chatter after a while, showing the laid-back nature of the creators.

The atmosphere was calm but tinged with excitement. Folks mingled with one another, sharing stories of their favourite video games on top their favourite moments from the podcast.

28-year-old Grace Pickford from Sheffield has been listening to WGG since the early days.

“I’ve been listening since episode five or six,” she says.

“I don’t know what it is specifically about the podcast but it’s nice and chilled. It’s nice and laid back, with nobody at each other’s throats. It’s well rounded and everyone has a different opinion.”

Like many, Pickford made the trip for the chance to “meet fellow-minded people”.

“I’m was in town anyway but I was never going to pass up this opportunity. It’s nice to meet people with similar interests.” she adds.

34-year-old Crofton-based Vitz Patel and 26-year-old Rahul Gandhi from London became friends through the Kinda Funny community (of which Rene is a co-host of and sees the other members from that show guest occasionally) but see the WGG in the same light and love attending these events.

It’s just the fact that even though I’ve not met many people from it, because we like the same content, we’re like-minded, so we become friends pretty quickly,

“It’s just the fact that even though I’ve not met many people from it, because we like the same content, we’re like-minded, so we become friends pretty quickly,” says Gandhi.

“It doesn’t feel that weird going up to someone and saying hi.”

Patel adds: “It’s very much the same with mutual interests but then it’s also the fact that we speak to people in the Twitch chat every day or via Twitter, so that friendship is already there.”

Flying over from the US, WGG was unsure how many people would actually show up to the event, though the group is no stranger to these meet-and-greets and know their ability to attract a crowd.

“I can remember back to our very first meet up at PSX 2017 and we decided to just do it in the lobby of the hotel attached to the convention centre, thinking there’s going to be 15 people,” recounted Andrea Rene.

“We were a couple of minutes late because we came from a panel inside the convention and when we showed up there were 75 people there, like a mob waiting for us. We didn’t know what to do and felt so bad for the staff as there was this giant group of nerds here at the same time

“It’s really heart-warming that people were so supportive from the very beginning for us.”

As fans left, images of the night made their way to social media with gratitude given to the girls for the time spent and how these kind of community meetups with fans can really make a difference with whatever is happening in people’s lives at the time.

Laura Francis posted to Twitter after her night saying: “So I usually tend to talk myself out of going to things like this but I’m so glad I did it and it was just what I needed as well,”