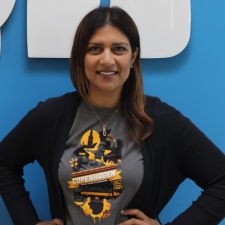 Copenhagen-based developer SYBO is on a mission to expand the Subway Surfers brand outside of the hit mobile game.

Meanwhile according to market data Sensor Tower’s estimates, in July the title crossed over $80 million in revenue from in-app purchases - not including advertising.

Those are impressive numbers, but SYBO has grander plans for the IP. The game was launched in China, it’s got an animated series on YouTube and the brand is being heavily merchandised.

In this video from Pocket Gamer Connects Helsinki 2018, SYBO CEO Mathias Gredal Nørvig discusses some of the avenues the company is exploring to extend the IP’s reach.

One way SYBO wants to both widen its audience and continually engage its current player base through different mediums is the recently unveiled SYBO TV.

Expected to launch by the end of the year on YouTube, the curated channel will act as a hub for Subway Surfers content such as an animated series and a smaller video series.

An upcoming long-form animated series, however, will have its own distribution partner, which the company said it will announce in “due time”.

SYBO TV will be the goldmine for fun and relevant content.

“Our fan base is amazingly loyal - they’ve adopted a Subway Surfers lifestyle and we know they want more experiences beyond the game,” SYBO head of brand marketing and licensing Naz Amarchi-Cuevas tells PocketGamer.biz.

“SYBO TV gives our longtime fans - and new audiences alike - a one-stop destination for bite-sized entertainment around gaming, animation and lifestyle. Whether one wants to binge watch, pick-and-choose, or share content with fellow fans, SYBO TV will be the goldmine for fun and relevant content.”

Part of the developer’s YouTube strategy for SYBO TV will be partnering with content creators. Amarchi-Cuevas says the team is currently working with several influencers to showcase fan content through the channel.

“We’ve worked with our fans thus far, and they are an amazing asset,” she says of working with YouTube content creators.

“Their authenticity and pure enthusiasm is contagious. Subway Surfers would not hold its record-breaking spot without them. We look forward to co-creating additional content to reward our fans.”

“The SUBSURF Consumer Lifestyle brand aims to further connect its audience with the brand its fans love,” she explains.

“From ‘In Real Life’ experiences, the merchandising arm, the animated series and now SYBO TV, each avenue we expand stays true to the tenets of the brand - skate, art, music and dance - and offers fans a new way to connect with the characters, world and lifestyle they love.”

This article was originally published on our sister-site PocketGamer.biz.

SYBO producer Astrid Lamhauge will be a speaker at Pocket Gamer Connects London 2019, which takes place on January 21st to 22nd.

How is MZ’s marketing campaign with Alexis Ren working out for Final Fantasy XV: A New Empire?