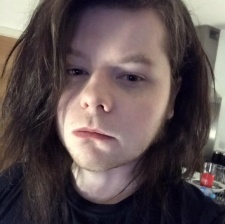 At first glance, 23 year old Matt Collins doesn't seem like the generic 'business type'. When in fact, he is the second-in-command at one of the most successful, prospering gaming channels in the UK.

NerdCubed LTD, headed by Daniel Hardcastle, is a conglomerate of personalities making video content. The team of six also hope to release a video game in the near future. The NerdCubed YouTube channel is the centrepiece of the brand - with over 2.5 million subscribers. NerdCubed also rakes in an impressive amount via Patreon each month.

Matt began his journey volunteering for NerdCubed in 2014. Eventually, the channel had escalated so much that Dan needed someone to manage to PR. Matt joined the company as an official employee in 2015. A few weeks ago, Matt was promoted to COO, and put in charge of all of the company's assets.

Hardcastle is known for his cut-throat opinions, and constantly changing up his content to either push a boundary, or simply entertain himself. While there is a certain brilliance in Dan's aloof attitude to YouTube, it requires careful handling. A recent example of this was Dan uploading 21 episodes of a series in one go, which is generally cited as a really bad idea on the platform.

If there is any method within Hardcastle's madness, it's because Matt has put it there. We sat down with Collins and asked him how he juggles his COO position whilst trying to further his own creative endeavours.

Influencerupdate.biz: First off, talk us through your position at NerdCubed. What do you do there?
Matt Collins: Up till a few weeks ago my job title was ‘PR Manager’, but it was more Community Manager mixed with a Personal Assistant. My roles included publisher relations (Most of which aren’t a thing anymore because we’ve been blacklisted by most triple A devs), indie dev relations, sourcing games and codes for videos/streams, managing the community on social platforms such as Reddit and Discord, as well as any random task Daniel might need help with (Ranging from light video editing, photo editing, sourcing stuff, getting cameos, video feedback, etc), I was also responsible for editing our main videos for a few months until out channel went through a large reboot.

Now about two weeks ago I was made Chief Operating Officer, which means I’m doing everything I already was doing plus any business and legal related faff that businesses have to deal with.

Why on earth are you blacklisted by 'most triple A developers'?
Well as far as we can tell, most larger publishers don’t want to work with us because we’re considered a ‘wildcard’. With 2K for example, we love their games. GTA V and the WWE games are some of the most coveted on the channel, but after we kicked up a big fuss about GTA Online’s microtransactions as well as GTA essentially banning single player mods for a while, they just stopped talking to us (Even though we had quite a good working relationship with them).

What are the big do’s and don’ts of Influencer PR in your opinion?
Do: Always be clear and concise, try to leave no ambiguity.
Don’t: Expect anything, or presume you have the right to anything.

Given the recent changes to monetisation and YouTube revenue, do you think NerdCubed will be forced to monetise in other ways?
Currently we’ve moved more of our focus to Twitch and Patreon, which are very much helping to fill the massive gaping hole left by the YouTube ad revenue dip. We were hit very, very badly by it. The other option would be sponsorships, but we don’t do them as they take a way a lot of our creative control and we feel they take away from our genuine opinions. We have however started doing some sponsored tweets with Chrono.gg, specifically for games that Dan has already covered and said he loves, never otherwise.

Do you think the negativity surrounding YouTube will eventually lead creators to move over to other platforms, or is YouTube is too big to fail?
Some other platforms are seeming more viable. Vimeo for example now no longer has rules against gaming content. However, it still has no options to monetise content with advertisements so can’t really compete there. (It is a better platform from an uploading/creation perspective though). Then there’s other platforms such as Vid.Me which are seeming like viable competitors. The biggest issue is getting people to move; if only we moved to Vid.Me for example then only a small percentage of our audience would follow. If a large group of large YouTubers were to move all at once then it could really give a good start to a new video platform, it’s very hard and very risky to try and organise something like that though. I could say YouTube is too big to fail, but so was MySpace back in the day, so we’ll see.

How do you think the YouTube/Influencer is scene is performing currently? How do you think you’d fare if you started a new channel right now, compared to 5 years ago?
It’s both easier and harder to ‘make’ it now. It’s easier to get a larger audience because there’s way more people on the platforms. However, it’s harder to make money from it than ever before, as now you have to persuade fans or advertisers to give you money rather than being able to just turn on ads, it’s not reliable enough anymore.

You’re in quite a unique position, as the manager of a single YouTuber. Do you think that need is exclusive to you, or do you think other YouTubers should also employ someone to manage them?
I’m unique in that I’m more in the public eye. Many YouTubers employ someone to be in a similar position as myself, but they’re usually very behind the scenes to the point most people don’t know of their existence, let alone what they do. At NerdCubed, we have a habit of being a bit too open and honest, and it’s quite nice for us all to carry some weight and influence. I’d say it’s worth having someone in my position after your channel gets to a certain size though, it allows the creator to focus on creating and not worry about the managerial or financial aspects of YouTube as a business.

Of course, you are also a creator in your own right. What are your plans for personal content in the near future? Will we see a Mattophobia revival?
I’ve always enjoyed making my own content, it gives me a level of creative fulfilment that is hard to get elsewhere. However as I take on more and more responsibilies at NerdCubed I’ve got less and less time to try and create my own stuff. I also realised long ago that I’m not that creatively skilled; I can help with someone else idea a lot but I’m bad at initially coming up with ideas and rolling with them, I’m better working with people in a project manager/director position! I’d like to return properly one day though rather than one quick video a month like I’m doing now.