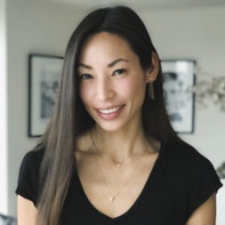 Instagram influencer Luka Sabbat was due to be paid $60,000 to promote Snap Spectacles to his followers. $45,000 of that sum was paid upfront. Sabbat failed to deliver.

Being an influencer is a legitimate business and influencer fees often reflect this. Influencers, many depicted as wealthy socialites and hobby Instagram celebrities, are independent publishers who create and curate content to entice their audience.

However, attached to this status and the increasing value of the industry (£5-10bn by 2020), are higher expectations of professionalism, and direct comparison to the conduct of traditional ad space suppliers. As suppliers of promotional space, influencers have to adhere to their contracts and the standards of the wider industry.

Whilst influencers need to adjust to this evolution of the industry, brands need to understand how influencer marketing differs from traditional advertising. Just because you can afford to buy the space doesn't mean that you should.

Relatable content that resonates with the audience is key for a successful campaign. Influencers are the curators of their content and know what will engage their audience. Brands on the other side are fearful of brand safety being compromised, and often preoccupied with their own creative and overall brand messaging goals. In many cases, this leads to conflict between brand and influencer.

It is the influencers responsibility not to sell out and agree to collaborations they don’t feel comfortable sharing with their audience.

Both brands and influencers can do their part to mitigate this kind of conflict. Brands should not pursue influencers at any cost, or force brand rules and strict creative direction on the influencer. For many brands, this may be difficult to digest, especially if they are paying influencers hefty collaboration fees.

This reinforces the notion of paying a fair price, not the price that compensates the influencer for promoting a product they actually don't feel excited about. At the same time, it is the influencers responsibility not to sell out and agree to collaborations they don’t feel comfortable sharing with their audience.

Some may say that regardless, this is great PR for Snapchat. But if you think about it, the message is now: Snapchat can't get people to wear their spectacles, even if they pay them $45,000. Sabbat was made an offer he couldn't refuse, but he still struggled to fulfill his side of the bargain.

With the same budget, at an average market CPM of £5-6, Snapchat could have collaborated with a number of smaller influencers, and reached 8.2m Instagrammers. There is also a higher population of Influencers within the 100k follower mark over celebrities like Sabbat - and chances are, at least a few of these would have genuinely liked to wear Snapchat spectacles and think their audience should too.