Pocket.watch on how partnering with influencers gives it an edge in the mobile games market 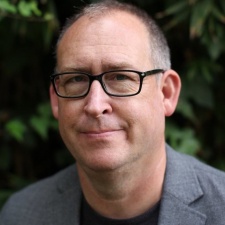 This article was originally published on our sibling site Pocketgamer.biz.

The mobile games market is a challenging one to break into. With hundreds of titles launching daily it can be a strenuous task trying to differentiate from the competition while also competing with large user acquisition budgets.

Digital media firm Pocket.watch, which specialises in developing franchises based off internet stars and characters, believes that by partnering with, and basing games around, popular influencers its titles can stand out. It’s so confident in fact that Pocket.watch has now opened a games division under the name P.W Games.

The company teamed with Animal Jam developer WildWorks to create its first release Tag with Ryan. The title focuses on YouTube sensation Ryan, star of Ryan ToysReview, as players chase after friends in an endless runner version of tag.

Ryan’s channel currently has more than 18 million subscribers, making him one of the platform's biggest content creators and therefore a way to potentially stand out on mobile.

Speaking to PocketGamer.biz, Pocket.watch vice president of games Greg Hayes says Pocket.watch already has a portfolio of young and innovative talents on its books who are playing games and are interested in the space. From there, he says, the leap to introduce games into the product mix wasn’t too big.

“The reality of mobile games is that user acquisition has become so costly and so challenging in a kind of winner takes all situation,” says Hayes.

“If you look at the charts, there’s just a few games companies that have dominated the charts for years. To break through that you need an authentic and new path to getting your audience and introducing them to your games”

Influencers have such a genuine connection with their audience that is qualitatively different than a company trying to sell a game to the consumer.

Hayes believes the talent of influencers in the firm’s network puts the company at a unique advantage, which is only furthered by the stars contributing to the game development itself.

“They have such a genuine connection with their audience that is qualitatively different than a company trying to sell a game to the consumer,” he states. "This is really an experience where the influencers are literally playing with them.

“They are not just influencing the market but they are influencing the game. They are integral to creating the experiences that they are going to share with their audience. It really has a level of authenticity that is unprecedented in my experience in the games industry.”

In December 2018, Tag with Ryan released on the App Store and Google Play and has since gone on to be downloaded more than one million times worldwide. To this day “the pace of downloads continues to be at a similar level”, according to Hayes.

Deals, royalties and ad revenue with influencers can be tricky to navigate though. Mobile developer Glu has partnered with a number of celebrities in the past with mixed success. It partnered with American media personality Kim Kardashian on free-to-play title Kim Kardashian: Hollywood and the star claimed on Twitter in 2016 that her earnings from the venture were as high as $80 million.

According to Forbes though, the reality was quite different,with the mogul realistically making around half that amount. Still, that's a large sum of money for utilising a celebrity's likeness and getting their endorsement.

At Pocket.watch, deals with influencers work under an equity participation scheme.

“The partners that are in the network are all equity participants in the company,” says Hayes. “So as we succeed collectively in the company they all share in those profits.”

So as we succeed collectively in the company they all share in those profits.

From early download numbers for Tag With Ryan, Pocket.watch’s strategy looks to be off to a good start. Although it does beg the question that, with such a young audience for the likes of Ryan ToysReviews, HobbyKidsTV and EvanTube, which all feature in the Pocket.watch network, is a free-to-play model with in-app purchases really the most ethical for children of this age?

“The game is fun and playable by everyone without paying a thing,” says Hayes.

“The reason for why we partnered with Wild Works is that they understand the kid audience. They’ve been leaders in this space since 2010 when they first released Virtual World and Animal Jam. So they are a partner that we trust to handle those issues in an ethical and compliant way with how the market works today.

“If kids and their parents see value in the game and wish to make a payment, we’re very appreciative of that but its not at all required to have fun. You can endlessly play the game without payment.”

He adds: “To elaborate on that we are definitely going to be looking at paid titles as well as free-to-play. We’re constantly monitoring audience response and demand. If it turns out that one model is more preferred by our audience we’ll definitely pivot in that direction.”

As the company gets started with its games business, Hayes says it is “cautiously optimistic” going into 2019 and beyond.

Not just content with mobile, the firm is also looking to expand into console and PC, with numerous titles in the works.

Pocket.watch is also not ruling out the possibility of releasing a mobile game with no influencer attached to the product.

“We’re definitely focused on our network and our partners specifically but as we build out that balanced portfolio as I was describing, I could imagine a time where we could come out with some titles that are originals,” concludes Hayes.