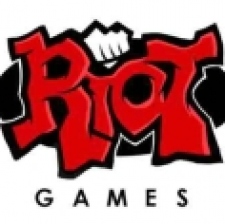 Riot Games' League of Legends has become one of the pillar games of the eSports world, but its success has been counterproductive in one sense: the company has been so busy growing, it hasn't been able to launch any other games.

That's changing: in a move that will excite eSports pros and gaming influencers alike, Riot Games is shifting its corporate structure and preparing to make that long-awaited second game.

Founders Brandon Beck and Marc Merrill announced the news in a blog post, revealing that CFO Dylan Jadeja, CTO Scott Gelb and president Nicolo Laurent will be taking over the reins of the company, enabling Beck and Merrill to get to work on something new.

"All three are longtime Rioters who have been integral to shaping our company’s vision, strategy, and culture over the last decade," they wrote.

"We are thrilled to be able to have a great team of such capable leaders and look forward to working with them to finally put the 's' in Riot Games. We’re incredibly excited to jump back into the trenches for this next chapter and look forward to sharing what we’re up to along the way."

League of Legends had 100 million monthly active players in September 2016, and has generated huge online audiences for livestreams broadcast by gaming influencers, as well as professional eSports events.

A new game created using the lessons learned from that first hit's long-term success is a tempting prospect, although for now, Riot Games is keeping quiet on the details: from what platforms it'll be released on, to the genre and theme.