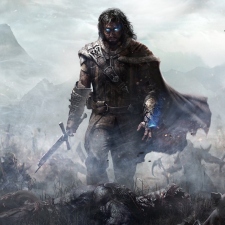 Warner Bros was one of the first games publishers to fall foul of US regulator the Federal Trade Commission (FTC) over influencer marketing in 2016.

The company reached a settlement with the FTC after being rapped for inadequate disclosures of its commercial relationship to YouTubers who were paid for making videos featuring its Middle Earth: Shadow of Mordor game in 2014.

The most high-profile influencer – and the only one named in the FTC’s complaint – was PewDiePie, whose sponsored Shadow of Mordor video was watched more than 3.7m times.

Now Warner Bros is under fire again from campaigning group Truth In Advertising, which has written to the FTC claiming that the video in question has not been amended to make a clearer disclosure of the sponsorship.

Its letter claims that the video “continues to lack a clear and conspicuous disclosure as the disclosure is still below the fold and thus not visible until a reader clicked on ‘Show More’” while noting that it has been watched a further 170k times since the settlement.

While Truth in Advertising describes this as “blatant disregard” for the regulator, there may be an argument that Warner Bros has stuck to the terms of its settlement.

Why? Here’s how the FTC’s announcement of the settlement in July 2016 put it:

“Under a proposed FTC order announced today, Warner Bros. is barred from failing to make such disclosures in the future and cannot misrepresent that sponsored content, including gameplay videos, are the objective, independent opinions of video game enthusiasts or influencers.”

Truth in Advertising is correct that the "This video was sponsored by Warner Brother" [sic] message comes below the 'fold' in PewDiePie's video description. However, it's the “in the future” phrase from the FTC's announcement that may be the key to deciding whether Warner Bros is in hot water or not for failing to change – or rather, failing to get PewDiePie to change – the original video from 2014.