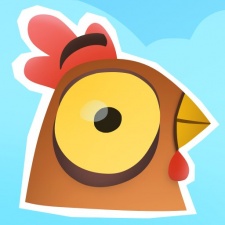 Goat Simulator maker Coffee Stain Studios has teamed up with certified face of YouTube Pewdiepie, to release Animal Super Squad- a physics-based adventure game that lets you throw your favourite animals around.

Animal Super Squad, much like it's billy-based predecessor, uses its collision engine as a focal point. Players must lead their chosen animal through a series of wacky levels, avoiding obstacles and dodging danger.

This isn't Felix's first foray in to making games - in 2015, he partnered with Outerminds Inc. on 'PewDiePie: Legend of the Brofist' a 2D side-scrolling action-adventure platformer. Pewds also featured in 'Pewdiepie's Tuber Simulator', a freemium mobile app that allowed players to mockingly simulate running their own YouTube channel.

According to Kotaku, Kjellberg contributed a number of ideas to Anima Super Squad, and was heavily involved throughout the creative process. “Our game is a game about overcoming hardships and reaching your goals no matter what happens, even if the whole world is against you,” Outerminds' Ibrisagic told Kotaku. “Our user research on millennials has shown that players can best relate to a chicken riding downhill on a toilet on wheels being barely held together by duct-tape.”

Animal Super Squad is now in early access and available on Steam.