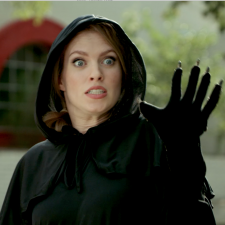 Digital studio Rooster Teeth made its name with game and animé-inspired shows like Red vs Blue and RWBY, which built big audiences on YouTube and its own site.

Now it's become the latest company to debut new shows on Facebook Watch, the recently-launched TV-style section of the social network.

Million Dollars, But... is a comedy-talk show, with each episode challenging a panel of three participants to show how far they'd go to earn a million dollars in – strictly hypothetical – cash.

The show started life as a crowdfunded card game, raising nearly $1.4m on Kickstarter in 2016. It's already launched a number of episodes starring popular influencers like Hannah Hart, Grace Helbig and Phil DeFranco.

The 36 episodes posted on YouTube have so far generated 9.8m views, but Facebook Watch will be getting new, themed videos from the series.

Master and Apprentice, meanwhile, follows a veteran production designer and a novice cosplay-maker as they make a different pop-culture prop each episode.

"We’re excited to be testing out Watch with these shows, including one we know our fans love and another we know our fans have been asking us for a while," said Rooster Teeth's director of programming Evan Bregman in a statement.

"Watch lets us share these shows with our Facebook community, which has grown to more than four million fans across all our pages with our main page at one million fans."