Snapchat still reigns as the platform of choice for US teens 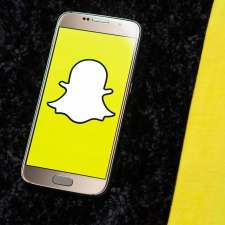 Despite Q3 being quite terrible, Snapchat is still the leading social media go-to for most youngsters in America.

RBC Capital updated it's regular social media survey this week, and it seems that Snapchat, Instagram and Facebook are all still competing heavily to win over the minds of the centennials.

While Facebook remains the definitive leader among U.S. Social Media users of all demographics (obviously) Snapchat shone in other areas, particularly among young people.

A whopping 79 percent of U.S. 13- to 18-year-olds surveyed use Snapchat, which is more than any other type of social media. Only 57 percent of people in that age group said they also have a Facebook account.

RBC asked partipicants which social network they would keep if they were “trapped on a deserted island.” A robust 44 percent of teens picked Snapchat, ahead of Instagram (24 percent) and Facebook (14 percent).

One year ago, the percentage of teens who insisted on keeping Snapchat on a desert island led with 28 percent. While Facebook is still the top choice among all demographics, Snapchat is still enjoying a slow but steady rise in popularity among the group that use social media the most.

Facebook is still pretty untouchable when it comes to popularity, but Snapchat seems to be the most lucrative and fast-rising platform among young people. Instagram has a shot at taking over, but only if it continues to clone the features that Snapchat users value the most.