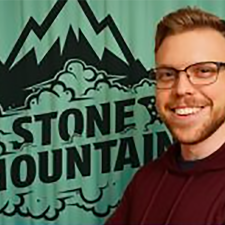 Today, Facebook unveiled its new Creator Program, to help gaming creators on the platform monetise their content and build their communities.

The social media giant revealed their Creator App and Creator Tools back in November, in collaboration with Facebook streamer StoneMountain64 (SM64).

"With more than 1 million followers, SM64 is one of the most popular livestreamers on Facebook, bringing his community closer together around daily livestreams of PUBG, Fortnite and more." Facebook said in a recent blog post.

The pilot program is designed to focus on helping gaming creators build more meaningful and more engaged communities on Facebook than anywhere else.

It also aims to increase creator discovery and distribution across multiple surfaces, including Facebook.com, Instagram and Oculus.

The program will also come with a host of tools that provides creators at every level the opportunity to thrive and make a living streaming games on Facebook.

"There's a lot of work to be done, but we’re committed to building the fundamental architecture that gaming creators need to be successful, starting with foundational elements like enabling all creators in the program to livestream in 1080p/60fps." Facebook added.

"Most of all, with each new feature we add for gaming video, we’re committed to building it alongside our creators hand-in-hand."

"We’re actively exploring ways for fans to back their favorite gaming creators via payments during select livestreams on Facebook.com.

"Based on the results of our initial tests, we’ll expand our fan support monetization initiatives to more gaming creators, including participants in our initial pilot program."

"Livestreaming and watching others play games is a worldwide phenomena. And when you combine the massive global community of gamers on Facebook, with the community-first format that gaming creators know how to cultivate, we together can shape a creator-first ecosystem on Facebook."

The platform will host an event tomorrow to showcase the creators that are entering the program, including Misses Mae, Doom49 and The Warp Zone.

Facebook also hopes to make gaming creators a centrepiece of its presence, starting with an appearance at PAX East in April.

Creators seasoned and aspiring can sign up to be a part of the pilot program here.