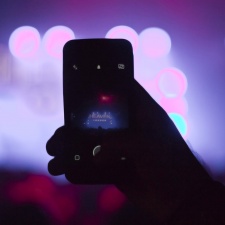 Facebook has released a beta version of a new gaming app.

The app is essentially a mobile version of Facebook's gaming hub - fb.gg. However, it's only available to limited users on Android devices.

It looks to be a condensed version of the desktop and mobile browser versions of fb.gg, but presumably it'll work similarly to Twitch and YouTube's mobile apps.

Facebook has been steadily making moves in the gaming space. It already has a custom destination and a handful of exclusive creators. It also moved quickly to create monetisation and management tools for influencers.

Don't get too excited though, Facebook hasn't confirmed that the app will be rolled out properly. It's currently being tested in the Philippines and its future relies on feedback.

"We recently started testing a standalone gaming app on Google Play that builds on the experience of fb.gg, our destination on Facebook for people to find gaming content in one place," Facebook said in a statement to Engadget.

"The fb.gg app is currently in beta with a limited set of features and available in the Philippines. We're using the beta phase to get feedback from the gaming community and will make a decision on whether we roll it out further based on that response."