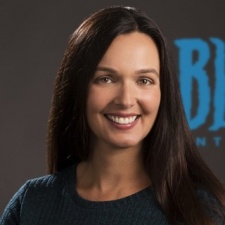 Blizzard's head of community development Saralyn Smith shared some insight with Devcom this week, about the power of influencers and their contribution to a game's success.

Smith opened the talk reminiscing on the "Error 37" disaster that occurred during the release of Diablo III. The error stopped thousands of people entering the game on it's launch day.

"Within 24 hours of the launch of Diablo III, with so many players having issues logging into the game, we had posted 80 updates," Saralyn Smith said.

"And that's just in English; if you count the localisation it's many times more than that."

Smith then went on to explain how community development and management has become paramount in a world where gaming primarily exists online.

"Ten years ago, managing a community meant speaking to them on your game forum," Smith added.

"There's been a power shift; where we used to control our brand and our brand message, now a single person on social media, with the help of virality, can change your brand forever."

The rise of streaming over the past five years has shifted video game marketing in a big way. Some broadcasters on Twitch can bring in a surplus of 50,000 viewers to one stream on their own.

Smith cited the importance of having influencers involved not just with the marketing process of a game, but with the development as a whole.

Influencers and pro-players of Blizzard titles are frequently invited to the company's campus in California, where they can test new updates and builds first, presumably before they go in to the public test regions.

"At Blizzard, influencers are not just marketing partners. We also think of them as game development and community building partners," Smith said.

Blizzard has also contributed to creators, too. Smith used Hearthstone streamer Alexandra 'Alliestrasza' Macpherson as an example of this.

"When we first discovered her she had maybe 70 or 80 followers on Twitch, but we really liked her attitude," Smith said. "She had great values, great charisma. We decided to spotlight her even though she wasn't known yet."

Macpherson now boasts over 100,000 Twitch followers, and has grown as a result of the support offered from Blizzard in exchange for Macpherson's commitment to their title. She's now considered a "crucial" part of the Heathstone community.

"I'd encourage you [to do this]," Smith added. "It doesn't have to be the big guys that are already established and nearly mainstream. Keep your eye out for up and coming talent and invest in them."