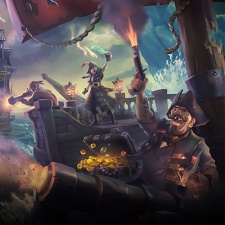 Numbers from a leaked data sheet on ResetEra suggest that the game boasted 269k concurrent viewers on Twitch, with an average viewer number of 104k. In total some 14.3m hours of the game were viewed thanks to support from 30.6k content creators.

Microsoft has released some official numbers (which are presented identically, adding veracity to the initial data) which actually peg content creator support at 25.6k and hours watched at 14.5m. Either way, it's decent stuff.

As for the closed beta itself, that enjoyed 332k participants as per Microsoft’s official numbers. How good that number is remains up for debate.

Thieves may be a new IP, but it’s also one of the very few first party exclusives currently on the way from Microsoft. And while it’s not a straight comparison, the numbers are way short of the 10m or so that played the open betas for games like Blizzard’s Overwatch and EA’s Star Wars Battlefront.

A lot of coverage of the numbers in the games media is very positive, but if that number is representative of pre-orders (pre-orders secured access to the beta) then both Microsoft and developer Rare will be hoping for a big jump before release.

Luckily, the success on Twitch will very likely be a big driver for the game. Microsoft will want to do all that it can to ensure that top creators continue to support the game after its release in March.