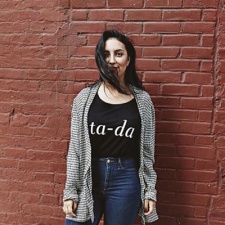 The perils of craving social media success are becoming more widely reported, and now one Instagram user has revealed the lengths she went to in search of her dream.

The New York Post reports that Lissette Calveiro amassed debts of $10k after splurging on clothes and travel in her attempt to become successful on Instagram.

“I wanted to tell my story about this young millennial living in New York,” she said. “I was shopping for clothes to take ‘the perfect ’gram’. I was living above my means. I was living a lie. Debt was looming over my head.”

She also revealed that she never felt able to wear the same outfit twice for a photo, meaning that she would spend at least $200 per month on clothes as well as splashing out on one $1,000 item each month, such as a vintage bag.

Travel costs were another burden. Added Calverio: “Snapchat had these [geo-]filters and I wanted to collect at least 12. If you break it down, a lot of the travel I was doing in 2016 was strictly for Instagram.” This required one new location be visited each month – all for a geo-tagged picture.

In the end Calverio got her life back on track by stepping away from the platform and becoming less precious about her content. She was able to pay off her debt in 14 months. She does however now subscribe to a clothing rental service so she always has a new look for social media.

Elsewhere, a study by the Royal Society for Public Health and the Young Health Movement has found that Instagram and Snapchat are having a measurably negative effect on users’ mental health.

"Social media has been described as more addictive than cigarettes and alcohol and is now so entrenched in the lives of young people that it is no longer possible to ignore it when talking about young people's mental health issues," RSPH CEO Shirley Cramer said.