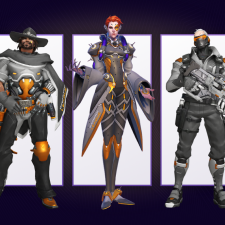 The Overwatch League still reigns strong among fans of the first person MOBA, and now players and viewers can purchase a new OWL themed 'all access pass'.

The $30 pass will give viewers access to interviews from OWL players, as well as 'Behind the Scenes', a new Overwatch League based show that'll be exclusive to pass holders.

Twitch Prime members will be able to puchase the pass for $20.

Players will also be able to grab exclusive in-game skins for Moira, McCree and Soldier: 76, as well as player icons and sprays.

As for Twitch, pass holders will gain a badge to showcase their commitment to the OWL, as well as access to 23 global Twitch emotes and 'pass-holder only chat rooms' where viewers can submit questions to players during post-match Q&As.

The pass will remain valid until 2019, but will need to be renewed before the 2019 OWL season.