Will Twitch Prime be the death of Ninja? 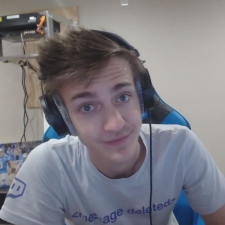 Ninja's growth over the past six months has been nothing short of incredible. His journey with Fortnite has turned this ex-Halo professional in to one of the fastest rising influencers.

Boasting a record breaking five million followers on Twitch as well as 250,000 Twitch subs, which sees the streamer raking in an estimated $875k a month just from Twitch subscriptions alone.

In addition to this, Ninja's YouTube channel has become one of the fastest growing channels of recent years. Back in January, Ninja has just surpassed the one million subs mark. He's now amassed over eight million subs, and all of his videos are just Twitch clips.

The most obvious question is just how far Ninja can go. Can he take home a million dollars a month? Does he do that already with added on-stream donations? It's hard to tell.

Last month saw Ninja's growth step down a gear or two. While the streamer hasn't lost any support, the rate at which he was growing has stalled noticeably.

Ninja gained 2.3m followers on Twitch in Febuary, but only 1m followers in March. The stunt showed in his views too. 42m monthly views in February, but only 22m in March, a drop of over 50 per cent in both categories.

He's also dropped down to 206k Twitch subs, a loss of almost 50,000 subs in the last month alone. While that's a drop in the ocean to his fanbase, that'd be a lot of subs to lose anywhere else.

In fact, Ninja is the only creator with over 50,000 Twitch subscribers. If that happened to anyone else, their earnings through subscriptions would literally drop to zero.

A source of Ninja's rapid growth could be the in-game Fortnite rewards that are on offer to Twitch Prime subscribers this month. Twitch Prime offers exclusive skins, guns and loot to be redeemed inside the battle royale title.

In short, an Amazon Prime member gets a free Twitch subscription to give to a channel every month, and it's a possibility that a lot of Ninja's initial subs came from Twitch Prime in exchange for Fortnite perks.

Twitch Prime subscriptions to channels can be renewed every month (as long as your Amazon Prime is still active) and so any subs lost could be renewed should Ninja choose to give it a push.

However, access to the Fortnite rewards ends April 30th, meaning folk that simply subscribed for the perks may not have an incentive to return. This could possibly explain the 50,000 sub drop Ninja experienced this month.

The future of Ninja

Ninja isn't stopping yet. His numbers are still growing faster than anyone on the gaming circuit right now. He's still leading Twitch by a mile, being 2.5 million followers clear of summit1g, the second most followed streamer on the platform.

It also won't be long until Ninja breaks that 10 million subscriber mark on YouTube, which'll push him in to the top 20 gaming influencers on that platform too. A platform he doesn't actively create content for.

Ninja isn't going anywhere, but it's incredible that his growth has been so expotential that his career can take a 50,000 sub loss that would potentially finish other streamers, while Ninja can emerge without taking a scratch. That's powerful.