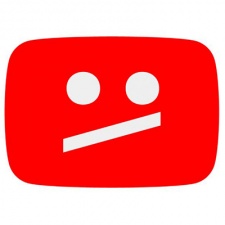 A CNN investigation has discovered that, despite the repeated assurances that the company is getting to grips with the problem, YouTube advertising continues to run alongside racist content.

The platform is still regularly running ads for over 300 companies including Disney, Amazon, Adidas, LinkedIn, Netflix, Mozilla, Hershey, The New York Times, Cisco, Hilton and Under Armour on channels whose content include white nationalism, Nazism and paedophilia.

Among the instances discovered by CNN were examples of ads for Jerusalem's Friends of Zion Museum and the Jewish National Fund running on a video by self-confessed Nazi Brian Ruhe entitled ‘David Duke on Harvey Weinstein exposing Jewish domination, Black/White genetic differences’.

David Duke, incidentally, is a former KKK 'grand wizard'. The same video featured ads for Nissan and Disney film A Wrinkle in Time.

Also still greenlit for ads is channel Red Star TV, which is officially affiliated with the North Korean government.

Under Armour and Nissan have already suspended all YouTube advertising as a result of the investigation. Others such as Hilton, LinkedIn and Hershey claim to have already taken action to ensure their ads are removed from the offending channels.

"We have partnered with our advertisers to make significant changes to how we approach monetisation on YouTube with stricter policies, better controls and greater transparency," a YouTube spokesperson said in a statement.

"When we find that ads mistakenly ran against content that doesn't comply with our policies, we immediately remove those ads. We know that even when videos meet our advertiser friendly guidelines, not all videos will be appropriate for all brands. But we are committed to working with our advertisers and getting this right.”

YouTube has, however, suspended ads on the channel of Amos Lee, which has previously uploaded content promoting the decriminalisation of paedophilia.