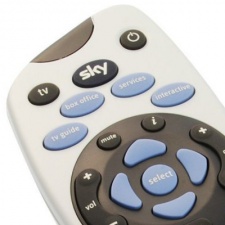 While YouTube has said that brands are returning to its ad platform after what has been a turbulent 18 months, one major advertiser has said that more needs to be done before it will consider a return.

“We only put money where we understand how it’s being spent,” he said. “The debate around YouTube is no longer a debate; we will not go onto YouTube when there’s just not the level of brand safety that we need.

“As advertisers, we all know the issues with online platforms around measurement, viewability, ad fraud and brand-safety. If we, as brands spending millions of pounds on advertising, can’t guarantee a certain standard of transparency, how can the individual feel protected in the digital Wild West?

“One of the things we, and other advertisers, had become agitated by is the ability to see through the digital wild west and understand things like effectiveness and brand safety," van Rooyen added. "Understanding the effectiveness and efficiency of advertising has become more difficult.”

In addition Diageo, which has in the past killed problematic influencer ad deals and called for a re-evaluation or general influencer marketing practise, also confirmed that it has not resumed YouTube advertising either.

The company added that withdrawing from YouTube has “not impacting negatively on our reach or our engagement”.

Brands such as P&G have returned to the platform, however, while others such as Cisco have walked back on its criticisms of YouTubes problems.