RedBull poll decides the Fortnite community's favourite streamer... and it's not Ninja 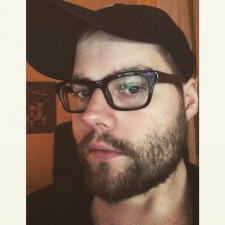 Ninja just hit six million followers on Twitch - that must make him the people's choice when it comes to Fortnite streamers, right?

According to a poll by RedBull, Dakotaz is the Fortnite community's favourite streamer. Almost 200,000 votes were counted in the poll, with Dakotaz collecting over 46,000 votes. Twitch leader Ninja fell short of being the favourite by a sizeable 5,000 votes.

Streamer SypherPK came in third, with 33.6k votes. We were also surprised to see the likes of summit1G and Dr Lupo bested by smaller streamers like xChocoBars and Valkyrae. It seems that a large following may not accurately represent popularity.

According to RedBull's results, the Twitch streamers in the poll ranked as followed:

Dakotaz is a Florida-based Fortnite streamer who's been steadily climbing the Twitch ranks since Januuary 2013. Despite not using facecam like most streamers, he's built a vibrant, interactive community just through his gameplay annd commentary.

He's also part of TeamSoloMid, a NA esports collective that play an assortment of games, including League of Legends, PUBG and VainGlory.

He may have a sixth of the audience that Ninja has, but a million followers is no easy feat. According to SocialBlade, Dakotaz shot from around 100k Twitch followers to 1.1m in a few short months since making the switch to Fortnite.

Will Twitch Prime be the death of Ninja?